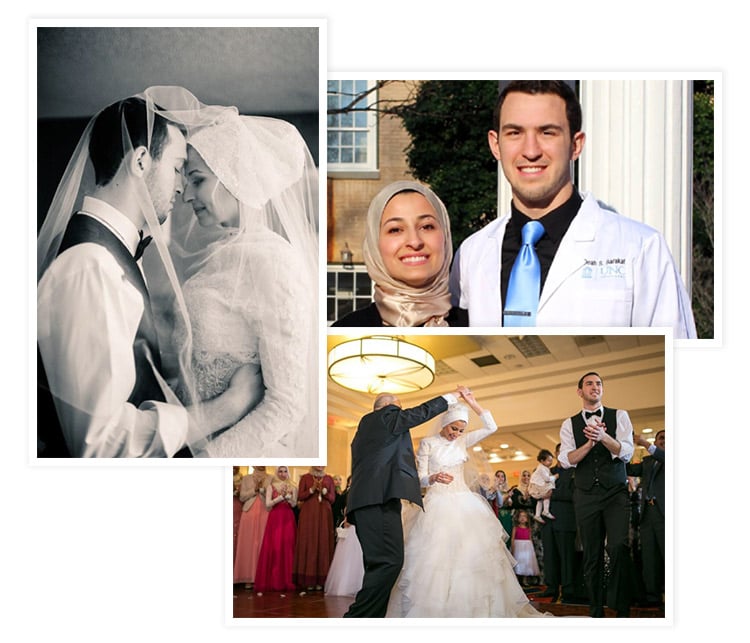 Carrying on the Dream of Dental Relief for Syrian Refugees

Until their lives were tragically cut short in February 2015, Deah Barakat and Yusor Mohammad Abu-Salha had a dream of making the world a better place. Deah was a second-year dental student at the University of North Carolina at Chapel Hill School of Dentistry, and Yusor—who had married Deah in a beautiful ceremony just six weeks before—had just been admitted to the same dental school.

Deah and Yusor shared beliefs and career goals, and they also shared a passion for humanitarian work.
Deah had already participated in a dental humanitarian mission in Palestine the year before in 2013, during which the group was able to treat more than 200 children in the war-torn country. Many of their young patients had never even seen or sat in a dental chair before. Yusor had also travelled to the Syrian-Turkey border on a humanitarian trip to assist dental professionals in their mission to provide care to the refugees. 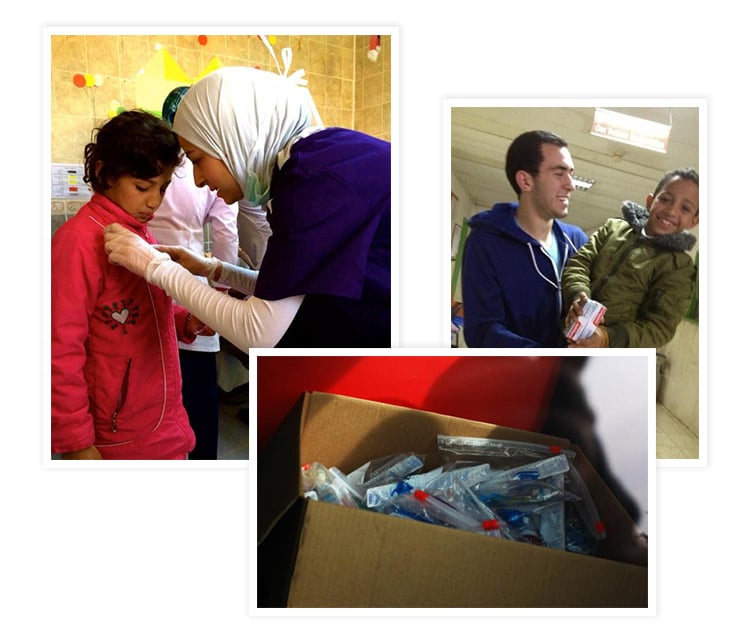 Having caught the humanitarian “bug,” Deah and Yusor continued in their quest to help mankind by assembling dental hygiene kits for the homeless. They also began planning a humanitarian mission to the Turkish-Syrian border in July of 2015 to provide dental aid and relief to the thousands Syrian refugees who had become homeless and had nowhere to go.
​
Deah and Yusor launched a Kickstarter campaign for the project, which they called “Project Refugee Smiles,” and set a goal of reaching $20,000. Deah appeared in the campaign’s video about the project.
However, their dreams were cut short. On February 10, 2015, just six weeks after Deah and Yusor were married, an armed neighbor broke into the apartment Deah and Yusor shared near campus in Chapel Hill. In a senseless hate crime, he shot and killed Deah, Yusor, and Razan Mohammad Abu-Salha, Yusor’s sister who was visiting at time. 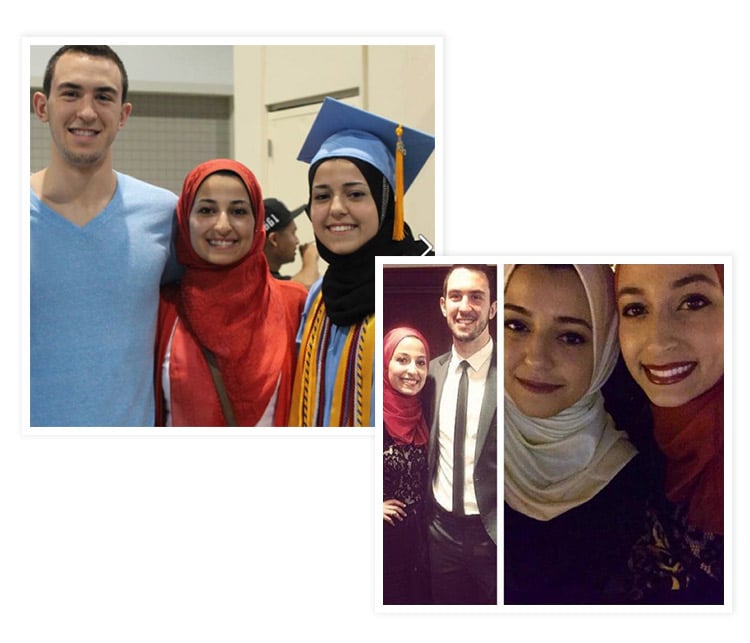 The tragedy triggered an immense outpouring of love from the community and from the world. Many hearts felt the loss of these three shining stars—good students who were committed to family and to making the world a better place. Condolences came from President Barack Obama, and thousands participated in candlelight vigils across the country. The University of North Carolina at Chapel Hill established an endowment in their honor—the Our Three Winners Foundation. 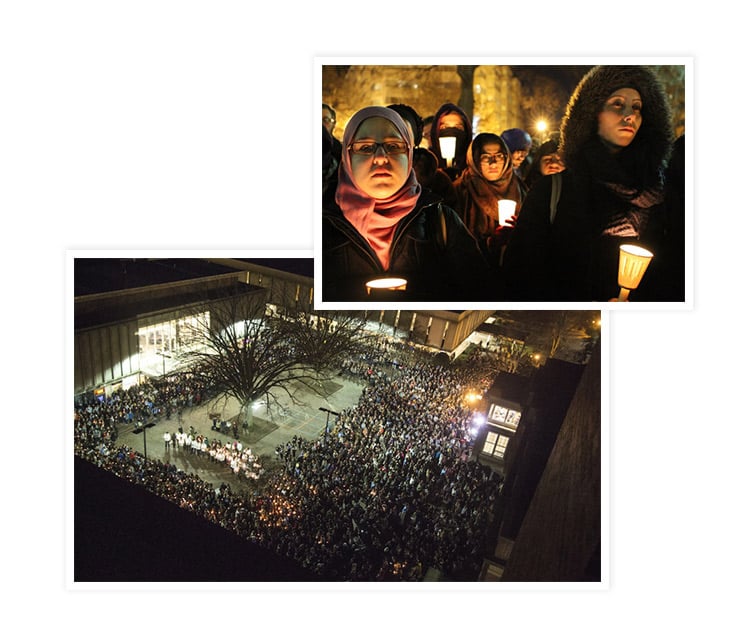 In an effort to continue the legacy of Deah, Yusor, and Razan, Dr. Hesham Baky, a dentist and adjunct professor of dentistry who knew Deah, joined with Deah’s parents and several friends and family members in order to push ahead with Deah and Yusor’s plans to provide dental relief to Syrian refugees. In just a few short months, they exceeded their initial goal of $20,000, instead raising more than $530,000 for Project Refugee Smiles. 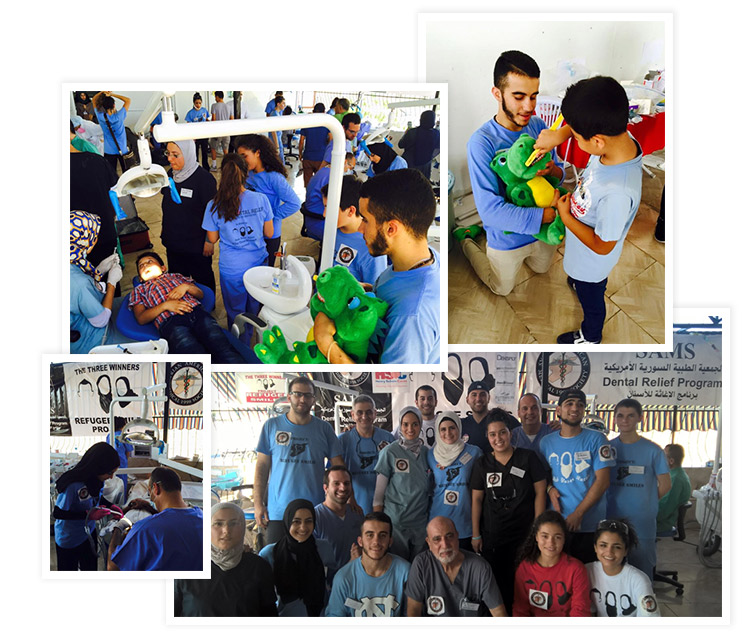 Having a way to honor their late friends’ memories while helping those in need—something Deah, Yusor, and Razan shared a passion for, according to Dr. Baky—helped the community of friends, family, and colleagues through the difficult time.

Dr. Baky spoke of the humanitarian mission, which the group successfully carried out with the help of product donations from Ultradent Products, Inc., and other companies. “We spent five clinical days and there were eight dentists that went, along with a host of other volunteers, including the parents of Deah Barakat, the founder of our mission,” Dr. Baky said. “We didn’t bring home anything that we took, including the dental chairs we brought, which we ended up donating to refugee clinics around the country to further aid Syrian refugees.”
“Yes, the refugees certainly need dental care, of course,” he went on to say, “but more than anything, what they need right now is to know that the people of the world stand with them and support them during this very difficult time. Through our relief efforts, we definitely get back more than we could ever give them.”
Project Refugee Smiles plans to return to the Syria-Turkey border again in 2016 with the hopes of treating 3,000 refugees during their two-week trip. They are currently raising funds and gathering dental supplies for the mission.

Iman Budwan, a friend of Deah, Yusor, and Razan travelled to Turkey with Project Refugee Smiles last year and plans to travel abroad with the group again this year. Iman says, “These are people that are people just like all of us. They have had their homeland destroyed and they don’t know where to go. A lot of them are separated from their family. They just want to be safe, to have an education and to have a better life.”
Ultradent proudly supports Project Refugee Smiles, and you can too by donating to this year’s fundraising efforts​. The mission will take place July 14–19, 2016, and will continue to carry on the dream of humanitarianism shared by Deah Barakat, Yusor Mohammad Abu-Salha, and Razan Mohammad Abu-Salha.​ 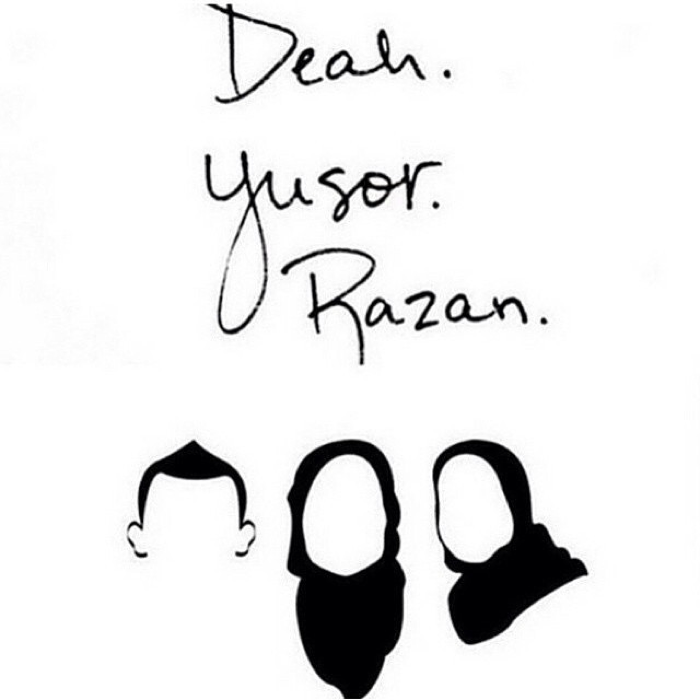