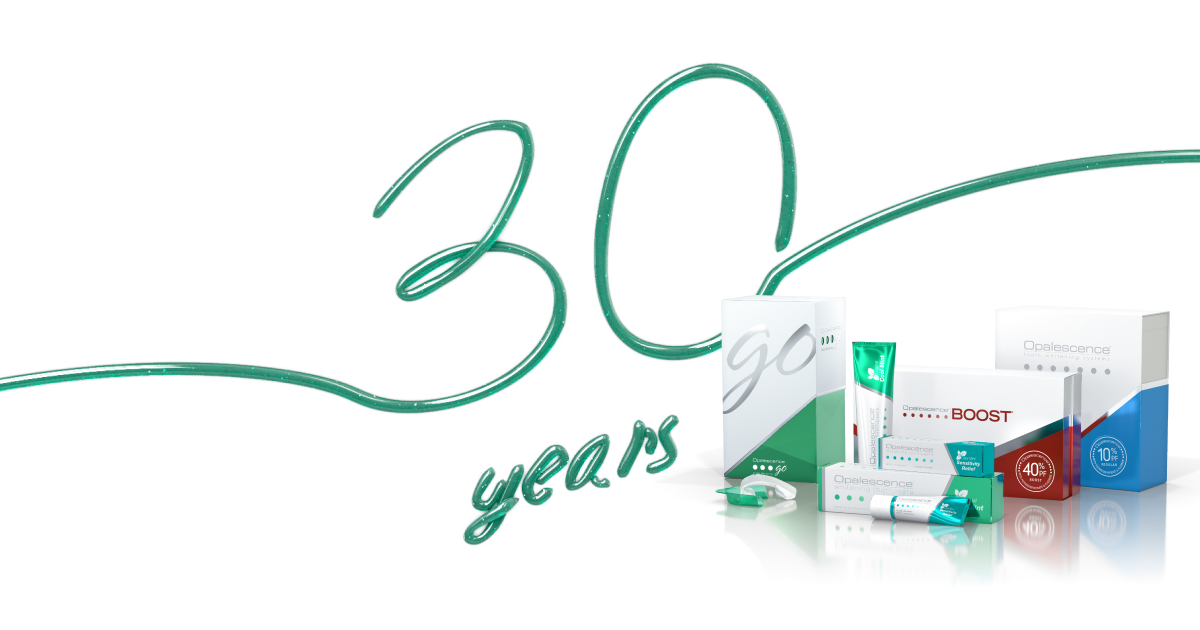 In Their Words: 30 Years of Bright Smiles with Opalescence Tooth Whitening

30-year reigns of dominance don’t often come around. Bellbottoms were left behind with disco. Encyclopedias are collecting dust. And when was the last time you used a phone booth?

But when it comes to tooth whitening, the Opalescence family has been the pack leader since 1990, outperforming challengers to carry the torch for 30 years.

Touting more than three dozen top industry awards between them, Opalescence Go™ whitening trays, Opalescence™PF take-home whitening, and Opalescence™ Boost™ in-office whitening have set the pace in the clinical tooth whitening market since their inceptions. With a 30-year wake of brighter, more confident smiles, Opalescence™whitening is synonymous with quality, effective, and safe whitening treatments. Fans praise the ease of use and impressive results—so I’ll take a back seat and let them speak. 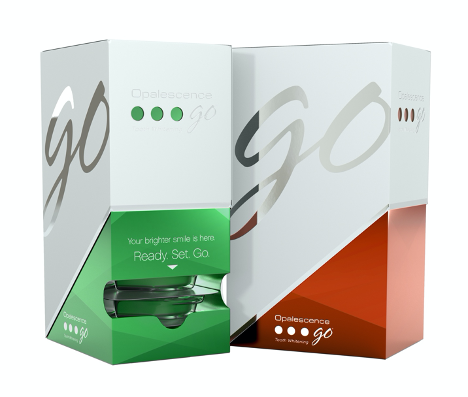 “If you don't have whitening trays and want as close to professional results as possible, the Opalescence Go 15% is the way to go.” – Mara Leighton (Insider.com)

“I see results that are almost as good with the Opalescence Go as I do with custom bleaching trays, and many times I tell patients to try the kit and save money. The trade-off is that the Opalescence Go is disposable, and when you run out of trays, you have to buy a new kit. With custom-made bleaching trays, you keep them indefinitely, and can buy more gel later on at a lower price.” – Edward A. Alvarez, DDS, BA (The Strategist, New York Magazine)

“If standalone gel isn’t your thing, or if you’d rather not use the LED-whitening trays, then consider Opalescence [Go]. These one-time-use trays come pre-loaded with whitening gel and go in like a mouth guard to cover all of your teeth, molar to molar. They instantly adjust to fit snug and secure. [ . . . ] Both concentrations contain potassium nitrate and fluoride, which help minimize sensitivity while improving the "micro-hardness" of your enamel. All of this ensures professional-level, consistent results at home, and really whitens all your chompers (not just the front few like some other techniques). Bonus: Because the gel surrounds the entire tooth, these even work if you have braces.” – Editors (GQ.com)

“They are very convenient. I have a patient who wears them on the drive home from work every day [ . . . ] They’re also dummy-proof.” – Anonymous Evaluator (Dental Product Shopper) 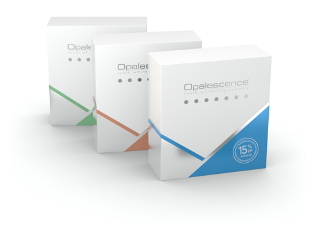 “The Opalescence sticky, viscous formula does not leach from the tray. and the sticky gel holds the comfortable tray securely in place. Potassium nitrate and fluoride decrease sensitivity while strengthening enamel and preventing caries. Twenty percent water content prevents dehydration and shade relapse, making Opalescence reliable bleaching gels. Opalescence is available in a variety of concentrations, formulations, flavors, and kit configurations to meet all your patients’ whitening needs.” – Editors (DentalCompare.com)

“Opalescence PF is ideal for at-home treatments because of its versatility and customization depending on the patient’s desired results and clinical condition. [ . . . ] In addition to versatility, Opalescence PF provides practical solutions to many of the common complications associated with whitening and at-home treatments” – Shannon Pace Brinker, CDA, CDD (Dental Products Report)

“I’ve used several whitening systems in the past, but my go-to and favorite is the Ultradent Opalescence system. The cost is favorable, there are five different bleach concentrations, and it’s patient friendly. I’m a “simplicity is the ultimate sophistication” kind of person, and as a result, my office fabricates quite a few at-home bleaching systems. Patients love purchasing them as Christmas or birthday gifts for spouses and other family members.” -- Stacey L. Gividen, DDS (Dental Economics)

“Our office focuses on innovative models of caries prevention, and we often use these custom trays to achieve biofilm control (by using whitening gels) and for remineralization agents in high-caries-risk patients.” – Erinne Kennedy, DMD, MPH, MMSc (Dental Economics)

“If you're looking for a teeth whitening option that really offers dentist-quality results but at a fraction of the cost, this patented whitening gel is a must-have. This set comes with eight syringes, and the gel itself consists of fluoride, potassium nitrate, and 35 percent carbamide peroxide gel, which is more concentrated than hydrogen peroxide and helps remove stains from wine, coffee, and other sources of discoloration.” – Shayna Murphy (Bustle.com) 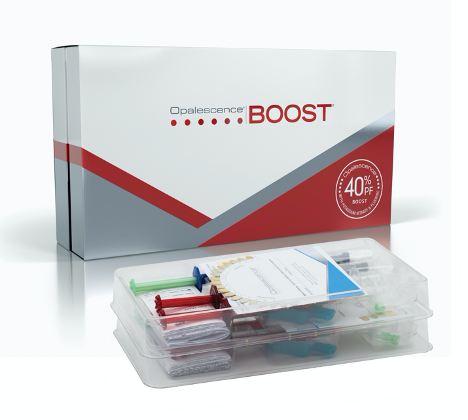 “It is convenient and fast, and it delivers stunning results! If you ever watched the ABC show Extreme Makeover, you’ve probably seen how some individuals have benefited from this treatment — but [Opalescence] Boost isn’t just for folks on TV. It’s a great option for almost anyone who wants to say goodbye to deep-set dental stains and hello to a smile that turns heads wherever you go. [ . . . ] The majority of our patients are good candidates for [Opalescence] Boost. ”— Julie Valentine, DDS (beverlyhillsbeautifulsmile.com)

“Opalescence Boost by Ultradent is also a great product and a fantastic option for patients who are looking for quick, dramatic results.” – Colleen Olson, RDH (DentistryIQ.com)

Using the unique double-syringe configuration, the clinician activates the 40% hydrogen peroxide formula just prior to application, ensuring every dose of Opalescence Boost whitening is fresh and effective.

“The difference between Opalescence's in-office system and other chairside whitening systems is its chemically-activated gel, which eliminates the need for dental lasers or lights normally used to activate the process. That means no heat or ultraviolet rays, which could be beneficial to patients with sensitive teeth or dry mouth. [ . . . ] Because there are no expensive lasers for your dentist to purchase, you may find that Opalescence Boost costs less that other in-office whitening systems.

“Safe and effective, Opalescence [Boost] usually takes only one dental visit to complete. While one visit is all you need to achieve a brighter smile, difficult stains or extreme discoloration may require additional treatments.” -- Colin Smith, DMD (mountaincrestdental.com)