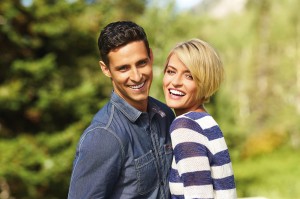 This edition of Whitening MythBusters hits on some very important issues that seem to come up over and over when it comes to teeth whitening. Some of these include: Will whitening damage my teeth? Exactly how white can I get my teeth? How long will the whitening last? Will it hurt? What about post-whitening sensitivity? Is the chemical used in teeth whitening toxic? We’re here to help! Let’s get right to it.

Can Whitening Damage my Teeth?
There’s been a long-standing fear with potential teeth whitening patients that whitening could damage the teeth or the enamel through decalcification. The reality is that decalcification is caused by exposure to acidity, not peroxide. Furthermore, most professional, dental-supervised teeth whitening systems, like Opalescence, feature a nearly neutral PH—making it so the formula poses no risk for decalcification or damaging of the enamel of healthy teeth. As addressed in a previous “Whitening MythBusters” post, Ultradent has chosen to include the ingredient, PF (potassium nitrate and fluoride), in all of its whitening gels to help protect the patient from sensitivity.

Exactly How White Can I Get My Teeth, and How Long Will it Last?
This can be somewhat of a tricky question, as many factors come into play that determine just how white a patient can get their teeth, and how long those results will last. Here’s what Dr. Fischer says: “Everyone is different and it’s important that we never promise a patient that they’ll arrive at a certain shade. What we do tell them is that we’ll most likely achieve a significant level of whitening, and we have found that they’re usually thrilled with the results.” The amount of coffee or wine one drinks, the frequency of consumption of acidic tomato sauces and other acidic foods, certainly, smoking, hygiene, and even genetics come into play when it comes to the ultimate shade of white each individual patient can achieve. Those factors also influence the longevity of the results, and how often the patient will need to touch up. However, like Dr. Fischer says, most patients experience significant whitening from their original shade and leave the dental office thrilled with their results!

Will Whitening My Teeth Hurt? What About Post-Whitening Sensitivity?
Just as the level of achieved whiteness varies from patient to patient due to a number of factors, such is also the case when it comes to sensitivity. One patient might experience little to no sensitivity while whitening, while another might have to take the process much slower, and whiten at a lower concentration to reduce sensitivity. However, there are things that can be done to make the whitening process the most comfortable for the patient as possible.
One of the leading causes of sensitivity during and after whitening is tooth dehydration. Of Opalescence, Dr. Fischer says, “We stubbornly have kept significant water in the Opalescence formula when others were going anhydrous in order to achieve a longer shelf life and to eliminate the need to refrigerate the product. But, it’s kinder to the patient to not overly dehydrate the teeth. Additionally, we’ve put so much research into the subject of sensitivity. When other products were saying they had zero sensitivity, we never said that because there’s no such thing as zero sensitivity. What we did do is we spent a lot of time studying human tooth sensitivity, and we zeroed in on a patented formula that contains minimal potassium nitrate and fluoride—just tenths of a percent, to optimize minimal sensitivity from a thermal standpoint and also in regards to gingival tissues. Thus, the Opalescence formulas are specifically designed to address those issues for the patient during the whitening process.”
Last, another important way to minimize sensitive during the whitening process is to consult with a dentist prior to beginning the bleaching process. That way, the clinician can determine if the patient’s teeth are healthy enough to whiten, and assess or remedy any roadblocks the patient might experience, such as microabrasions, gum health, etc. Upon examining the patient’s teeth, the clinician can then recommend a safe and professional whitening system, which the patient will then undergo under their supervision.

Is The Chemical Used in Teeth Whitening Toxic?
Opalescence whitening products are made up of materials commonly found in or readily disposed of by the body, such as hydrogen peroxide and carbamide peroxide—a combination of hydrogen peroxide with the addition of urea, which stabilizing the peroxide, allowing for slower release and longer wear-time of the whitening. Under proper dentist supervision and proper adherence to the product’s instructions, Opalescence teeth whitening products are not toxic.