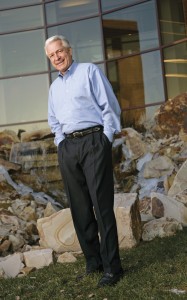 Perhaps you’ve heard the somewhat brusque, inelegant, no-nonsense business term “BHAG”(pronounced BEE-hag), coined by James Collins and Jerry Porras in their 1994 book entitled Built to Last: Successful Habits of Visionary Companies. The acronym, which stands for “Big Hairy Audacious Goal,” has since permeated Western business culture and challenged companies to consider “an audacious 10- to 30-year goal to progress towards an envisioned future,” as further defined by Collins and Porras. The authors go on to say, “A true BHAG is clear and compelling, serves as unifying focal point of effort, and acts as a clear catalyst for team spirit. It has a clear finish line, so the organization can know when it has achieved the goal; people like to shoot for finish lines.” 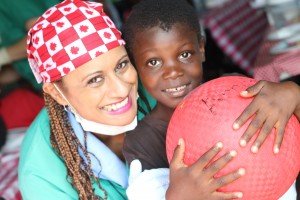 When asked if Ultradent has a clearly defined BHAG, and if so, what it is, Dr. Fischer answers without hesitation. “Our BHAG, so to speak, is to bring a worldwide cure to tooth decay. Tooth decay has become the number one prevalent infectious disease on planet Earth. Tragically, this means the abscessed tooth is becoming the number one source of severe pain globally.” 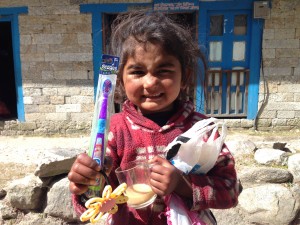 Although the answer seems at first simple, it doesn’t come without a compelling back story, which served as the inspiration for, and ultimately solidified Ultradent’s mission, or BHAG, for Dr. Fischer some ten years ago. 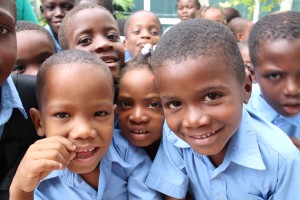 He recounts, “This BHAG came to me about ten years ago, when a professor from Chile invited me to lecture to the dentists there. I had on my schedule that after the lecture we’d go to a school, which was a cinderblock building, built about four years earlier by some business people in Santiago. They wanted me to go through each of the classes, from first to eighth grade, and tell them who I was and where I was from. I will never forget going into the fifth grade class that day.” He continues, “I met a sharp 11-year-old, with big dark eyes, and gorgeous dark hair. They explained to me that he had the highest IQ in the school, but that a few months earlier his grades began to tank, and they couldn’t figure out why.”

Dr. Fischer eyes glisten as he vividly narrates the rest of the story. “After a few weeks the teacher discovered he had an abscessed tooth that was killing him. He had been afraid he’d be sent home, so he chose to bear the pain. That is when they invited the dental school to build a clinic. At that point I thought, ‘We’re in the 21st century, and we’re still scooping raw and decayed holes out of the human anatomy and then plugging them. That is barbaric!’ We don’t realize in our cushy western world that in other parts of the world, the abscessed tooth is the norm.” 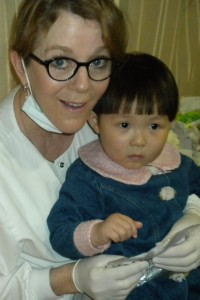 And so, Ultradent’s BHAG was born, out of compassion and conviction to provide treatment for—and ultimately wipe out—tooth decay and caries worldwide. This goal is something that, ten years later, Ultradent continues to progress in doing with no plans to stop until the work is finished—a lofty, but not impossible, dream. “We get closer every day,” says Dr. Fischer with a smile, as gets up to speed walk, true to his character, to his next appointment, visit, or line of business. Just like the company he has so painstakingly built, the man shows no signs of stopping.