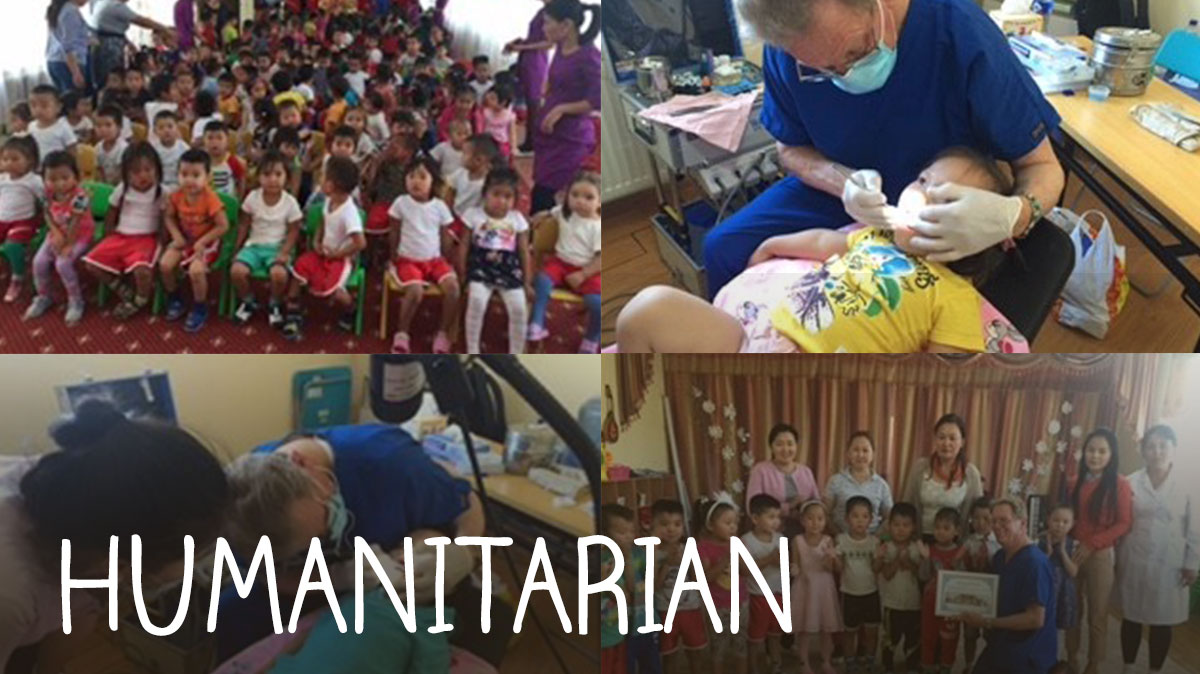 “I can tell you that volunteer humanitarian dentistry is one of the most rewarding things I've ever done,” says Dr. Clyde Larsen of the extensive dental humanitarian work he’s performed worldwide since his formal retirement.
Of his most recent trip, he says, “I always felt a connection to Mongolia and a desire to go there. When a humanitarian missionary friend of mine told me that the mayor of Choibalsan was looking for two American dentists to come work on the children there, I knew this opportunity was for me.”

Shortly after hearing about the opportunity, Dr. Larsen invited his colleague, Dr. Duane Orchard—who also lives in Price, Utah—to join him on this adventure. The two dentists gathered as many donated dental supplies as they could, including numerous Ultradent products, and journeyed to the remote city of Choibalsan, Mongolia. There, Dr. Larsen spent six weeks and Dr. Orchard spent four weeks working exclusively on elementary-aged children.


“While I was there, I examined 800 students and did 400 fillings at a school in a portable unit with no anesthetic and no running water. I worked mostly on the youngest children—ages two to five years old—and Dr. Orchard worked on the older children,” he recalls. 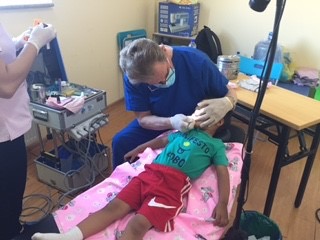 Dr. Larsen works on one of the 400 students he personally attended to during the humanitarian mission.


Because they had no anesthetic, Dr. Larsen said he had to learn new techniques shown to him by the few Mongolian government-appointed dental workers that assisted him. The workers showed him how to be extra gentle on the children, and he had to be careful to stop right before his patients began to feel pain. “I usually could get all of the decay out,” Dr. Larsen said, “but sometimes, because of their pain, I just had to get as much as I could with the hope that it would mitigate any pain they might experience from that decay until their baby teeth eventually fall out.”

And decay, he says, is rampant in the children of the country. 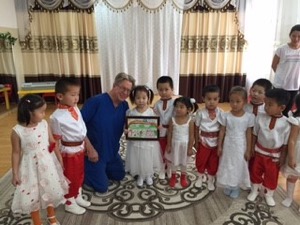 Dr. Larsen poses with some of the many grateful students he was able to work on during his trip to Mongolia.

“I checked 180 kids at one school, and 90 of them had at least one visible carious involvement. Some had up to ten. They have no x-rays there, even in their clinics, so we were going by what we could see. Many of them had six or seven teeth already decayed right off the gum line,” he said.

Because he’s now retired, Dr. Larsen says he hopes to try and send his x-ray machine to Choibalsan. He worries that the clinics might become overwhelmed at the number of caries revealed by the x-rays, but says, “at least it will help them with the more difficult extractions they have to do.”

Dr. Larsen loved working with the people and children of Mongolia. He gets emotional when he recounts how they danced and sang and gave him gifts when he left, despite how little they have. “I loved those people. They showed us so much love.” 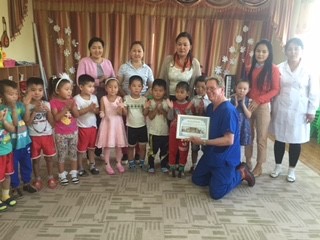 Dr. Larsen and several elementary school students and teachers smile for the camera after he provided free dental work to their school during his trip.​

He might be retired, but Dr. Larsen’s passion for humanitarian dentistry won’t let him stop anytime soon. He’s planning a trip to Uganda for six weeks in January and February; to Taroa, which is located in the Marshall Islands, in March; and another trip back to Mongolia as soon as he can, as the mayor of Choibalsan has extended an open invitation for him to return whenever possible.

Ultradent is incredibly proud and honored to support humanitarian work done around the world by doctors like Dr. Clyde and Dr. Orchard. Thank you for your efforts in making a difference.