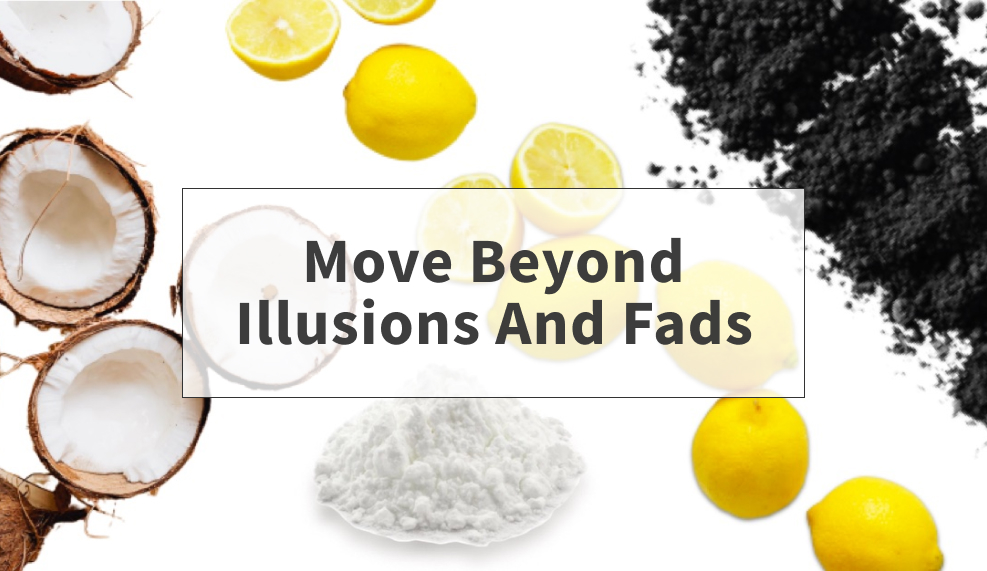 Self-reliance is having a moment in 2020. As COVID-19 shut down society, we leaned into our inner know-how and developed new skills to tackle tasks we may have previously hired out… with varying results. DIY projects of friends now fill our social media timelines. While bathroom remodels and kitchen upgrades can often be done without the help of professionals, DIY teeth whitening trends can be often ineffective (at best).

There’s no shortage of blogs and social posts claiming to have uncovered the key to a bright, white smile—and they can be as bizarre as they are useless, even harmful. 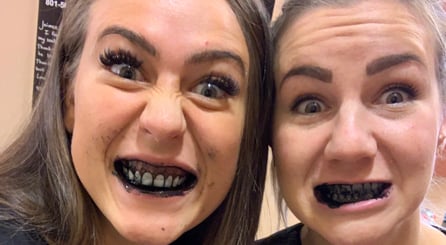 Brushing with activated charcoal leaves big mess, but does it work?

Dr. Jaimeé Morgan: “My big question is ‘why?’ There’s no science to show that brushing one’s teeth with activated charcoal is better, safer, or more effective than toothpaste. [. . .] It’s a widely known problem among dentists that brushing your teeth with activated charcoal is a big mess, but it also likes to settle at the gingival margins. My hygienists then have to go in and scrape it out from the patient’s gum line. It’s very difficult to get out! In fact, my office manager and hygienist gave brushing with activated charcoal paste a whirl and the results weren’t great, to say the least. We even used a plaque indicator after she brushed with the charcoal paste to show us how effective the paste was and the pictures speak for themselves.”

A study review published by the British Dental Journal1 and reported by BBC News says there’s no scientific evidence to support the benefits of brushing with charcoal toothpastes. It alerts that these products can cause considerable damage to teeth, including increasing the risk of decay and staining. The report adds that these pastes are more abrasive than regular toothpastes (potentially posing a risk to enamel and gums) and recommends the use of a regular fluoride toothpaste instead. 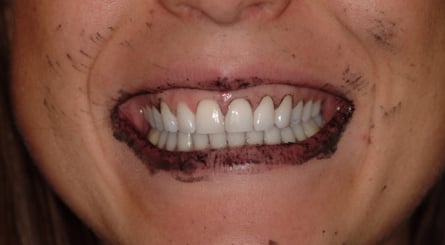 The only substance proven to actually whiten tooth enamel color is peroxide—both hydrogen peroxide and carbamide peroxide. Although the abrasiveness of the charcoal may help remove existing surface stains, it cannot actually lighten the color of the tooth. In fact, patients that brush with charcoal risk abrading their enamel too much—something that cannot be repaired once damaged. Furthermore, many people that brush with activated charcoal may experience a kind of illusion that their teeth are in fact whiter due to the contrast of the black charcoal residue (often left in the gums and between the teeth because it is very difficult to remove). This contrast, comparable to wearing a bright red lipstick with blue undertones that makes the teeth appearwhiter, is simply a trick played on the eye when the substance is placed next to the teeth. 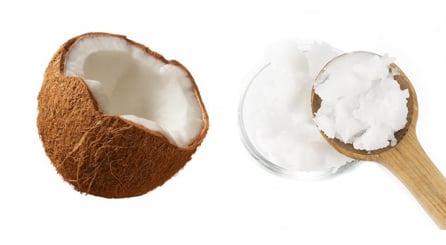 Oil pulling, or swishing coconut oil around in the mouth and between the teeth for 20 minutes, has become a popular fad for cleansing and whitening teeth.

Dr. Jaimeé Morgan: “Oil pulling has been touted by some as a means to kill bacteria, remove plaque, freshen breath, and whiten teeth. But it takes 20 minutes! How are people supposed to fit this into their busy schedules? It’s easier to brush for three minutes, which would be more effective anyway. Also, if oil pulling is supposed to whiten the teeth and remove plaque, shouldn’t it be effective in removing the staining from the activated charcoal experiment as well as plaque and plaque indicator? We tried it, and after brushing with activated charcoal, applying plaque indicator, and oil pulling, the staining, plaque, and charcoal residue were all still present at the gum line. A toothbrush and a good toothpaste, like Opalescence Whitening Toothpaste, would have done a far better job.”

The 3,000 year-old Ayurvedic practice of oil pulling (swishing a tablespoon of oil such as coconut or safflower oil around in the mouth for 20 minutes or so) is theoretically supposed to cleanse the teeth and gums of bacteria by clinging to the cell membranes in the mouth. When discarded (or spit out) the bad bacteria in the mouth allegedly goes down the drain with the oil. It’s also said to whiten teeth, improve breath, reduce headaches, clear the skin, and increase energy. But, there’s no data to prove or disprove the benefits of consistent oil pulling. All purported benefits are supported by purely anecdotal evidence.

Contrary to this, plenty of data and studies support the fact that: brushing and flossing regularly, visiting the dentist, as well as whitening with a professional and dentist-supervised whitening system (like Ultradent’s Opalescence™ whitening product family)  are not only proven effective, but also safe.

Brushing With a Mix of Baking Soda and Lemon Juice 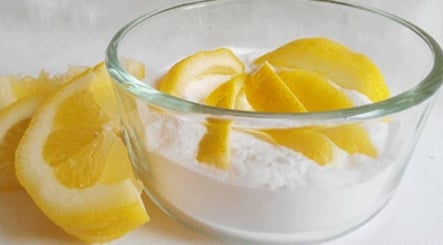 Dr. Morgan warns against brushing with baking soda and lemon juice, as it could damage the enamel if the pH balance isn’t right.

Dr. Jaimeé Morgan: “Baking soda is basic, and lemon juice is acidic, so they could cancel each other out if mixed properly. However, there is the danger that if not mixed properly the acid in the lemon juice could damage the enamel of the tooth, or the abrasiveness of the baking soda could take a toll on the enamel. For patients who like the odor-canceling properties of baking soda, I would advise them to mix it with water and swish with it rather than brush with it.”

To show the danger of exposing teeth to lemon juice, Dr. Morgan shared a photo with us of one of her patients who likes to suck on lemons: 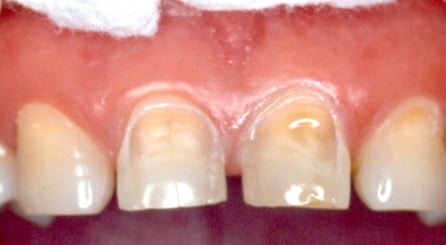 In the End, There are Better Ways 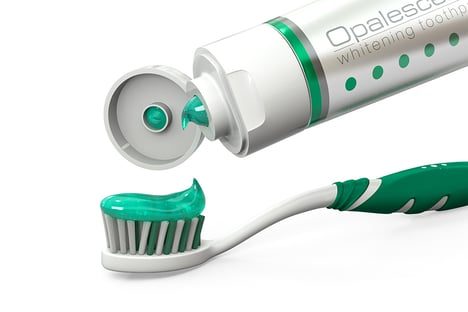