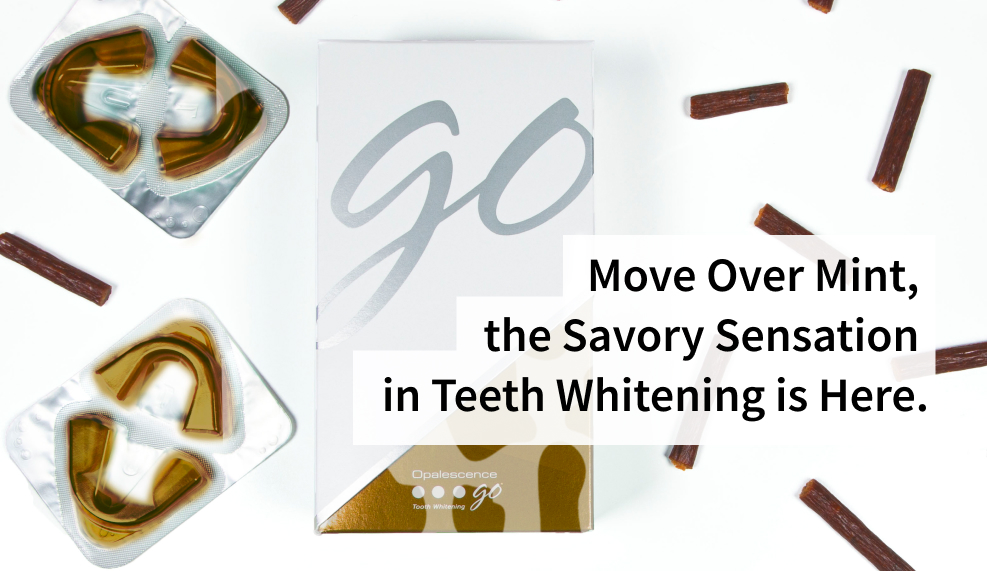 The Next Generation in Teeth Whitening Flavors Has Arrived

When it comes to consumables, few things matter more to patients than taste. Let’s not downplay other crucial factors, but a poor palate presence will immediately induce a repulsed reaction.

But it’s hard to deviate from the typical selections. Yeah, strawberry shortcake might sound like a great flavor concept, until you have to balance the tartness of strawberry alongside hydrogen peroxide. It’s impossible. So alas, the industry has run dry of flavor innovation.

We’d like to introduce you to the savory sensation sweeping through teeth whitening: Opalescence Go™ whitening, Beef Jerky flavor.

Welcome to the future.

Flavor That Won’t Quit, Even if You Want it to

“The general nature of a salty flavor engages with a different part of the tongue than the fruity, sweet flavors we’re used to seeing in dental products,” says Dr. Gouda Phondu, a leading pioneer in forensic tasteology. “That’s what makes this so revolutionary, it’s a completely new patient experience.” 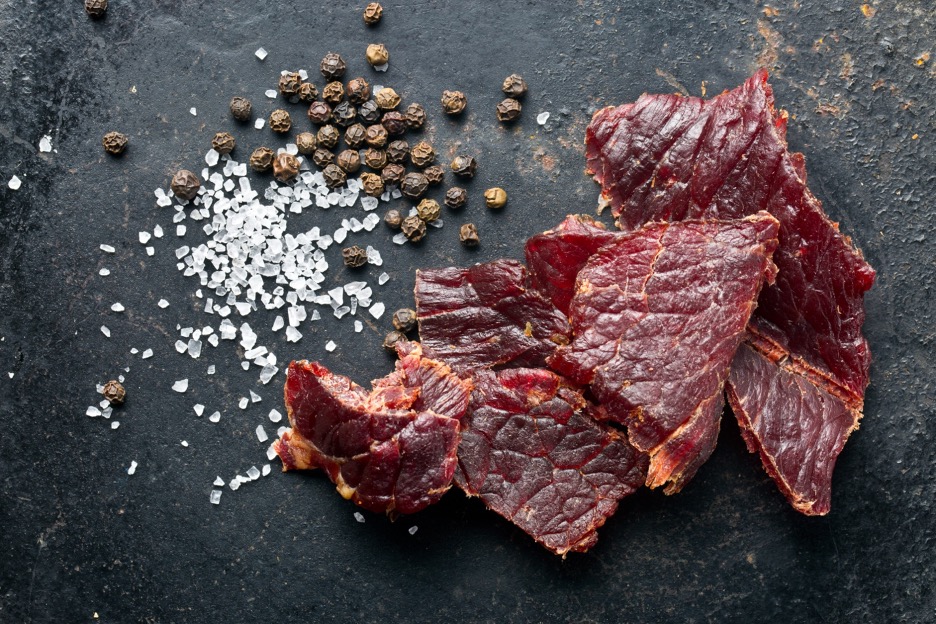 And this isn’t a short burst of flavor that escapes soon after the tray is placed into the mouth—this is a party that lasts as long as the treatment. “We’ve actually run into the problem where people don’t want to take the tray out,” says Dr. Shmushmolton. “They savor it, almost like you’d cherish the final bite of a Michelin star meal. It’s absolutely bizarre, if you ask me.”

It’s All in the (Swamp) Water

Settling on Beef Jerky flavor wasn’t a simple process. Once the R&D team decided to pursue savory and salty options, dozens of flavors were considered. Among them, we explored: thanksgiving leftovers; mozzerella sticks (with and without marinara); baked cod; and my personal favorite, tree bark.

It wasn’t until we partnered with Hazy Krawdad, author of the cookbook series Baking with Backwoods Bayou Swamp Water, that we began to pursue beef jerky as a potential flavor. “The secret to this jerky is really in the swamp water itself,” he says. “But don’t try to come steal my swamp water. I have gators for that.”

Settling on the final recipe was difficult, and the resulting flavor proved to be “just about perfect,” according to Krawdad.

If your calendar says April 1st, you’re in luck. Because the new beef jerky flavor is here? Nope.

We hope you got even a small chuckle from this, and we promise to never, ever put beef jerky flavored ANYTHING into our catalogue. Seriously. That’s our promise to you.

Now, if you want to go and try some of our actually enjoyable teeth whitening flavors, have at it. I personally like the Mint. I can’t say it’s objectively better than our Melon flavor, but I’m positive it’s better than Beef Jerky flavor.