The Immeasurable Value of Barbara Maddalena

Having been with Ultradent since the opening of its Italian subsidiary in 2005, there’s not much Barbara Maddalena hasn’t had her hand in, and in her own words, it’s been “quite an adventure.” She says, “I’ve covered so many different roles from the beginning because we were so small at first! I’ve worked in ordering and shipping, accounting, regulatory and quality control, as well as staffing! All of those experiences mean a lot to me because I was able to touch so many different aspects of the company, deal with so many different issues, and help to solve so many kinds of problems— it’s given me the experience and wide perspective that helps me make more informed decisions in my role at Ultradent today.”

Judging from the beginning, it seems Barbara hasn’t slowed down much in the past decade. Today, although she’s based in Milan, Italy, she also covers Portugal, Spain, France, Greece, Turkey, many parts of the Middle East, and North Africa. All in all, she says, it comes out to around 20 countries.

“I travel quite a bit! I was in Instanbul recently, and I travel to Dubai every year for our biggest trade show in the area which takes place every February. I also recently returned from Spain. In my job, there’s a lot you can do with phone and email, but I believe that personal contact with the people you work with is so important—whether it’s with your team or your customers. This business is about nurturing and growing those relationships,” she remarks. 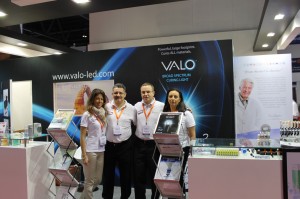 Barbara representing Ultradent at a large tradeshow in Dubai

As for her title, Barbara acts as Marketer and Controller of Southern Europe and the Middle East. However, with so many countries under her umbrella, her role varies in regards to the business models of the distributors and sometimes multiple dealers of Ultradent’s products within each country. When working with a country where there are multiple dealers like Italy, France, Spain, Portugal, and Turkey, Barbara plays a more active role in creating marketing materials, translating them, distributing them throughout the area, organizing lectures and events, managing the web and social media, overseeing the catalog and newsletters, and nurturing relationships with key opinion leaders and universities. In countries like Greece where there is an exclusive Ultradent Products distributor, Barbara plays a more passive, coordinative, and supportive role. 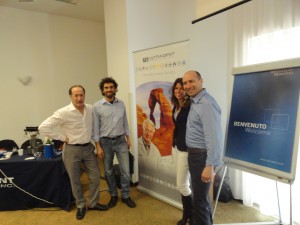 Barbara supporting a KOL lecture in her region

In addition to working with the marketing efforts and varying business models of the 20+ countries Barbara supports, she also acts as Ultradent’s controller for Southern Europe and the Middle East, managing expenses, figures, sales, budgets, and reports.

As for her favorite part of her job? She says, “My favorite part of my role is marketing. I love seeing the differences in how marketing works best in the various countries I work in in relation to each country’s culture.”

When it comes to her favorite Ultradent product, she says, hands down, it’s Opalescence®. “It is very well known in most of the countries we work in and we’re the market leader in most of those countries as well. It’s such a powerful brand. However, we’re also recently seeing some great success with VALO®. With VALO, we’re heading right to the top of being the market leader in curing lights in our countries.”

In regards to her experience in working with Ultradent, and particularly Dr. Fischer, Barbara radiates enthusiasm. “Dr. Fischer…what can I say? He is a genius! I always suggest to him that he write about his life. He covers so many different roles. He brings so much energy to our company…he IS Ultradent. He embodies what we’re about. I love that there’s a doctor speaking to other doctors about our products, and that experience in invaluable and so unique. It’s something that really sets Ultradent apart from its competitors. Our message is from a doctor to a doctor. He is our guiding light!”

When Barbara isn’t fulfilling her vast Ultradent responsibilities from her home base in Milan, she loves to travel. Some of her favorite places in the world include New York City and Israel, which she calls “a special place with incredibly special meaning to many different people.” She also loves to exercise and play sports whenever she gets the chance.

Thank you, Barbara—for your loyalty, energy, hard work, vast array of knowledge, and the passion you’ve brought to Ultradent for the past ten years!