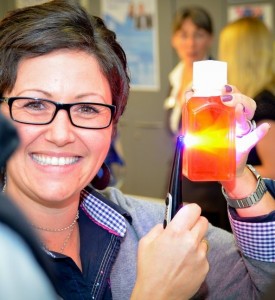 Walking the halls of Ultradent, or even visiting our offices abroad, it’s not rare to encounter people who are celebrating their fifth, tenth, twentieth, thirtieth (and beyond) anniversaries with the company. Ultradent inspires incredible loyalty with those who join the team, and Pamela Huelsmann is no exception. Having been with Ultradent for ten-and-a-half years now, Pamela works as a sales assistant covering Germany, Austria, the Netherlands, and Belgium.

Of Pamela’s plethora of responsibilities in covering such a vast area in the European continent, some of her favorite aspects of her job include organizing event and trade shows such as the upcoming IDS Show, which will take place this coming March in Cologne, Germany. Occurring every other year, this particular trade show is one of the world’s largest, with doctors and professionals travelling from all over the world to share ideas, products, and take part in continuing education. Pamela’s involvement in IDS is extensive, as she spends months prior to the show preparing for the five-day event. 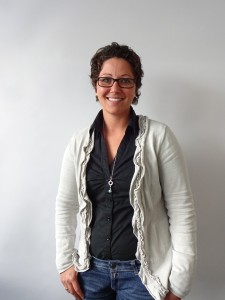 Over the past month, Pamela also says she’s worked extensively in the organization and coordination in numerous in-office transitions and policies that have required a tremendous amount of support—which Pamela gives with a smile.

Of Ultradent’s products, Pamela speaks most enthusiastically about Opalescence Go®. She says, “I love to explain how easy it is and to demonstrate to our customers the stunning results they can get with it. Additionally, we have the most comfortable prefilled tray ever—the UltraFitTM tray!” Indeed, the excitement of Opalescence Go has spread like wildfire beyond our U.S. borders, with people from all over the world embracing it and enthusiastic about its incredible results.

When Pamela isn’t travelling between Germany, Austria, the Netherlands, and Belgium, she enjoys renovating and restoring old things. In fact, she recently purchased a home built over a hundred years ago, and is now in the throes of restoring it to its prime, with a few modern elements sprinkled throughout.

In addition to remodeling and renovating her home, Pamela loves to travel with family and friends, and recently returned home from a holiday in Mexico, of which she said, “It was amazing to see more of our big world.”