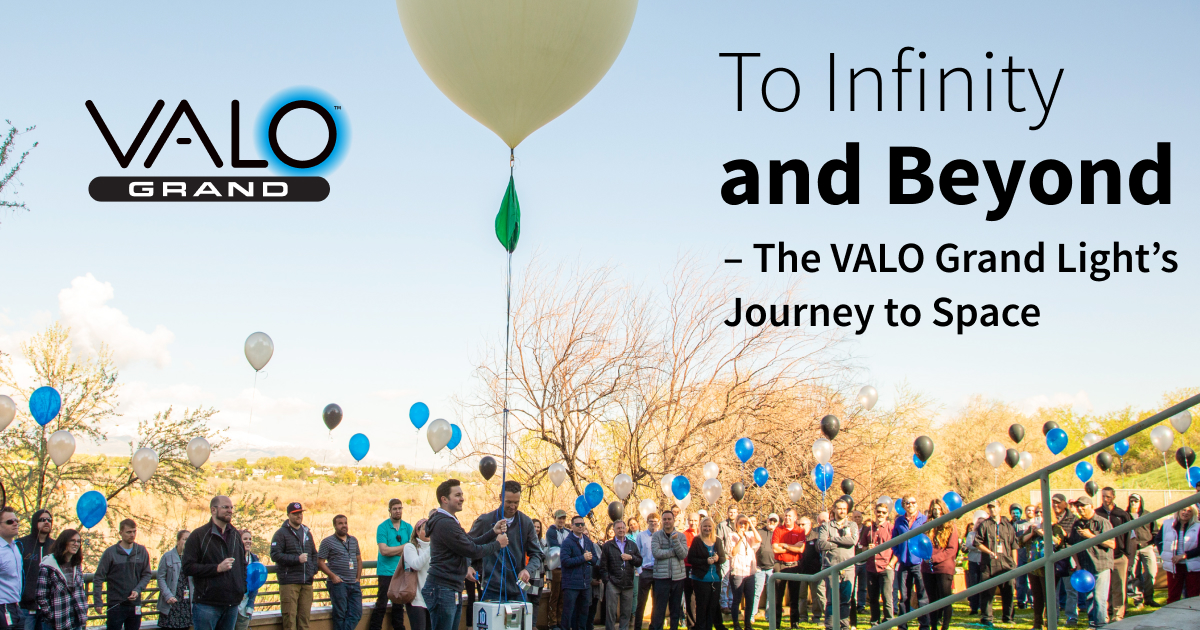 When Ultradent started manufacturing the VALO dental curing light in 2009, we aimed to produce the best curing light on the market, crafting each from a single piece of aircraft grade aluminum. So, it felt like destiny when the aeronautical DNA took over and we let a VALO light take flight.

To mark the VALO curing light line's 10-year anniversary, we sent one to space.

Why We Sent a VALO Dental Curing Light to Space

"I had this idea about a year ago, thinking 'we have the VALO curing light's 10-year anniversary coming-up' – what's something special, what's a splash we can make…what's something we can do to celebrate," says Ultradent's Mike Simmons, a key architect of the VALO light to space initiative.

Sending a VALO light to space was more than just a lighthearted attempt at fulfilling childhood astronaut fantasies. This venture into aeronautics showcases attributes that make the VALO light the industry standard for dental curing lights, specifically unparalleled durability. "The majority of your curing lights are going to hit the floor at some time or another," says Dr. John Flucke, chief dental and technology editor for Dental Products Report magazine. "This one is designed to come back for more."

If a VALO light can survive a drop from space, it can certainly handle being dropped from a table in a dentist office…right?

We set out to prove it.

To Go Where No Dental Curing Light Has Gone Before

Planning efforts started about 90 days prior to the scheduled May 1, 2019 launch date—this day marked exactly 10 years since the first VALO curing light was unveiled. Simmons and his team spent those months turning their offices into makeshift versions of the Kennedy Space Center. They developed a payload that would allow every angle of the launch, climb, and fall to be videotaped, tracked, and (hopefully) located.

The payload consisted of a Styrofoam box holding five GoPros, a GPS device, a bobblehead of Ultradent founder and CEO Dr. Dan Fischer, and of course a VALO Grand curing light. This would all be carried into Earth's atmosphere via weather balloon. 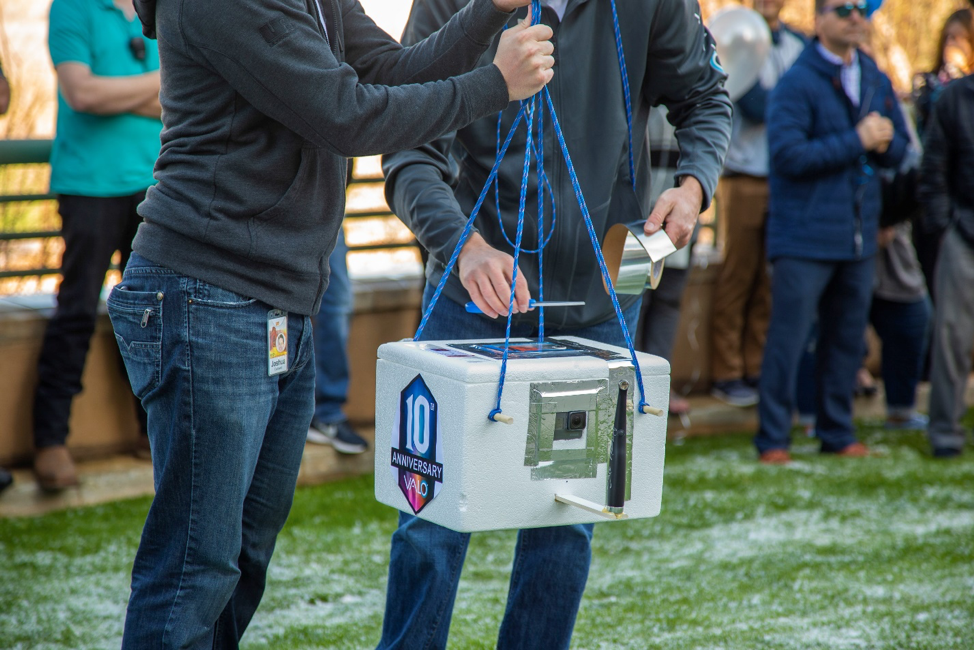 Inside the payload to combat the sub-zero temps it would experience at altitude. Finally, the bobblehead of Dr. Fischer was attached to the outside along with the guest of honor, a brand new VALO Grand curing light, emblazoned with Dr. Fischer's signature.

(This signature would prove vital to the recovery effort…but that's a story for another blog.) 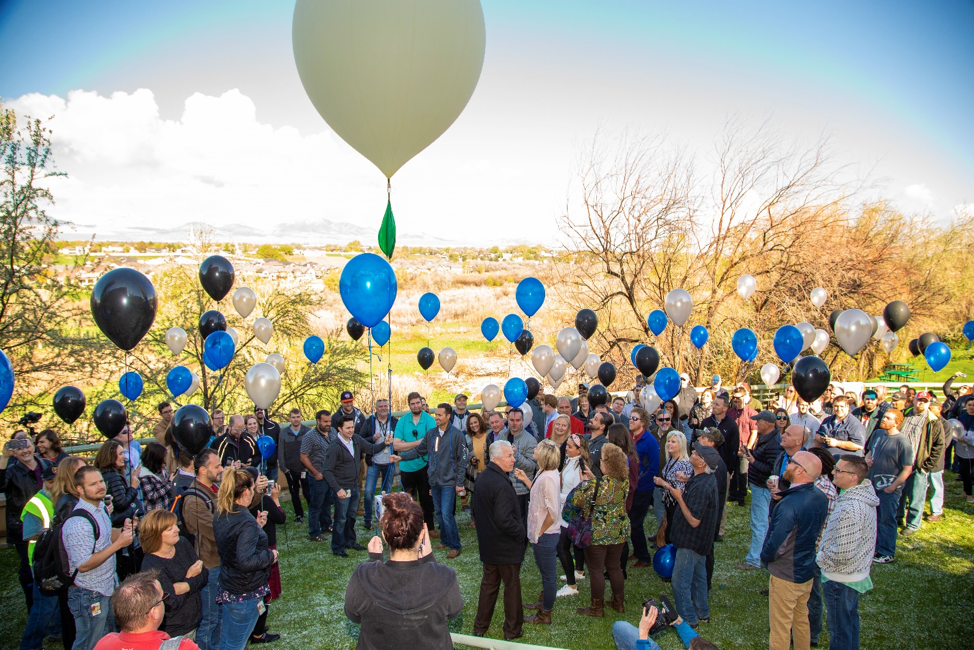 Ultradent employees flocked to watch the send-off with their own party balloons in tow. Then all at once, like a flock of geese fleeing a lake, the balloons battled gravity and climbed to their destination in the sky.

The weather balloon carrying the VALO Grand light quickly ascended into the atmosphere as the Ultradent team followed its position with the GPS tracker.

The Voyage of the VALO Curing Light

Buoyed by helium-powered optimism, the crew piled into a van and began to follow the payload's flight path.

Up, up and away–the VALO Grand climbs toward space

The team trailed the balloon as it climbed—driving in its digital tracks—and thankfully, it was following the predicted trajectory. They expected to lose track of the cargo as it reached 40–50 thousand feet of elevation—they expected to pick up the GPS pings again when it descended back toward Earth.

After hours of lingering in a roadside diner without receiving a ping, the team's optimism deflated, and they climbed back into the van for an emptyhanded return home.

But just when it felt like the payload was lost for good…a ping came through during the first night like a beacon in a storm.

Then the real work started. Click here to see the launch for yourself!

Where do you think the payload landed? Click here to enter your guess for a chance to win your own VALO Grand curing light (that we didn't drop from space, we promise) for 99 cents.