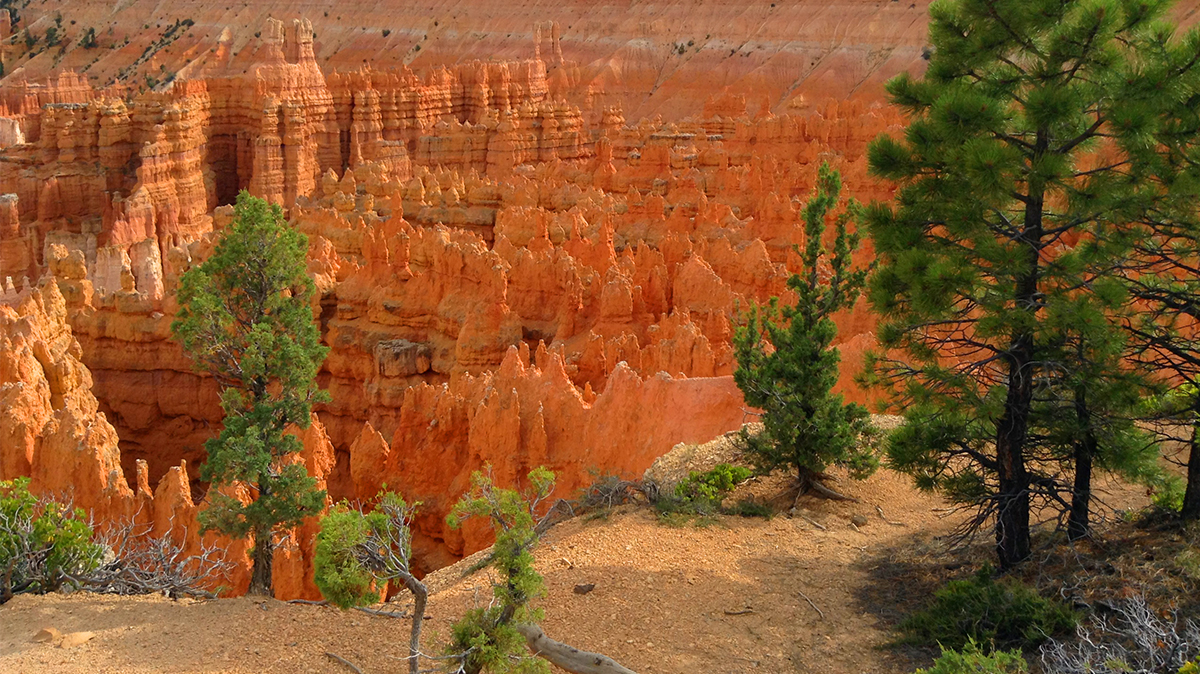 ​"I have to say that my favorite thing about Utah is that it's my home," Calvin Stauffer, one of Ultradent's electrical engineers, says with a smile. "More specifically, I love Bryce Canyon. Really, all of southern Utah is incredibly beautiful, but Bryce Canyon is my favorite."

That's where Calvin took his award-winning photo that appears in the July section of the Ultradent 2016 calendar. He managed to snap it during a family camping trip last year. "We planned the trip and I hadn't thought at all about taking a photo to enter into the calendar competition, but when we arrived, I thought, 'I'm gonna give this a try.'"

Having never had a photo appear in the calendar before, Calvin says he was excited to learn that he had won one of the twelve coveted spots in Ultradent's famous yearly calendar which features a different Utah vista every month.

Calvin began working at Ultradent in 1997 and left for a couple of years, but like many others who leave, he soon found himself back at Ultradent again. "I think the main reason I came back is because of the culture and environment here at Ultradent. Altogether now, I've been here for a total of 17 years," he says.

In addition to the culture, Calvin cites Dr. Fischer's vision for the company and his friendly, warm, and encouraging leadership style as the reason for his longevity with Ultradent.

When Calvin isn't at work, he enjoys spending time with his wife, his three grown children, and his two dogs. He's also an avid runner and camper.