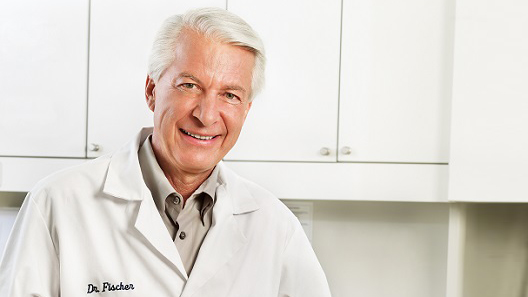 In celebration of National Dentist’s Day, we wanted to look back on some of dentistry’s key moments, as well as get Ultradent Founder and CEO Dan Fischer’s thoughts on the profession and why he continues to lead the company’s quest to improve oral health globally.

Since the emergence of agriculture approximately 10,000 years ago, the human race has experienced the dreaded tooth cavity. In fact, archeologists discovered the first form of a tooth filling made of beeswax in Slovenia, dating back to 6,500 years ago. The woe of caries pain, often referred to as the “tooth worm,” can be found in the ancient manuscripts by the people of India, Egypt, Japan, and China, as well as the well-known writings of Homer. Later, Greek scholars Aristotle and Hippocrates’ writings demonstrated the progression of society’s knowledge of the oral cavity, including the eruption pattern of teeth, how decay and gum disease was treated, and the practice of extracting teeth with forceps and using wires to stabilize loose teeth and fractured jaws. Aside from rudimentary evidence of the rare filling, extraction remained the main form of dentistry, often performed by barbers or general physicians throughout the Middle Ages and well into the 19th century. However, during this time, a few dentists emerged, including the Father of Modern Dentistry, Pierre Fauchard, who developed and practiced the science throughout the early 1700s. 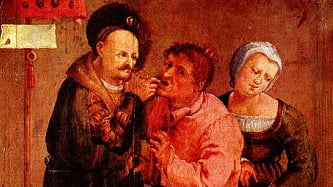 Pierre Fauchard advanced restorative dentistry greatly during his lifetime, improvising with tools used by watchmakers, jewelers, and barbers. He was the first doctor to present the idea that acids derived from sugars were responsible for tooth decay. He also pioneered the first dental prosthesis, using carved and polished blocks of ivory or bone to replace lost teeth. Following in Fauchard’s footsteps, other surgeons and doctors built on his advancements, leading to the evolution of dentistry from a trade to a profession. This new profession rapidly spread from England to the eastern States, then to the Wild West (Doc Holliday was a dentist!) of the 19th century. Over the years, it continued to evolve to become the dentistry we know today. 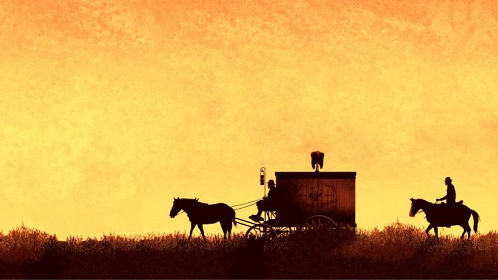 Dr. Fischer explains, “I’ve said it many times: the ability to repair brings a rich new ethical meaning to what we as dentists and dental professionals do. I call this approach ‘minimally invasive dentistry.’ Modern dentistry is too often the victim of greed—forgetting patient-centered, tooth-centered care and replacing what could easily be remedied with a minimally invasive approach—thanks to more advanced adhesives, sealants, tooth whitening, and highly sophisticated direct-placed materials such as additive composites, which can preserve the natural tooth—with a more expensive and invasive solution, such as crowns, veneers, and so on.” 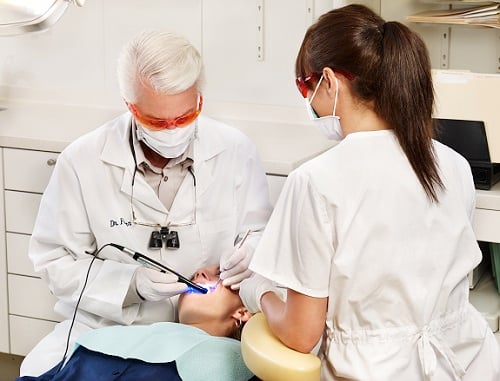 One might argue that Ultradent’s approach to dentistry seems archaic in waiting to offer ceramic and veneer placement as a last resort. However, it is actually just the opposite. Like most other leading health care researchers and providers, Ultradent has come to recognize the immense value in maximizing preventative care, which results in better quality of life for the patient.

“They light up our lives—these humans we call patients.” Dr. Fischer might say this a lot, but each time he does, one senses the passion behind those words. He loves dentistry, and he loves his patients. He knows that placing a high value on one does not have to compromise the other.

Indeed, dentistry has come a long way—from merely extracting the afflicting tooth to focusing on restoring and repairing the natural tooth. Dentistry has also made immense leaps and bounds in esthetics, recognizing the importance a confident smile plays in one’s overall well-being. Thank goodness for modern dentistry and skillful, caring dentists!

Happy National Dentist’s Day, from us here at Ultradent to all the fabulous dentists out there!