Dating back to World War I, NaOCl solutions have been used in health care because of the antibacterial effects they provide. Studies have shown that irrigants containing antibacterial properties exhibit superior ability to reduce and eliminate bacteria when compared to a commonly used generic saline solution. NaOCl is both relatively inexpensive and, when used as an endodontic irrigant, exhibits antiseptic and lubricating properties. When in the canal, ChlorCid solution dissolves soft tissue/organic matter and acts as a file lubricant. When the solution comes into contact with the before-mentioned organic tissue, ChlorCid solution also releases chlorine, whose strong antimicrobial properties kill bacteria and prevent bacterial rebound by oxidizing the enzymes essential to its regrowth.

One of the concerns with NaOCl is the possibility of extrusion of the solution to periapical tissues past the apex. Depending on the level of patient sensitivity, this can produce everything from mild discomfort to large amounts of swelling and bruising. However, irrigating the canal with NaOCl with the NaviTip tip greatly reduces this risk. This tip is unsurpassed in its small diameter and technologically advanced preparation of the different areas of the cannula. There are areas of the tip that must be more flexible to navigate complex canals and other areas that must be more rigid to assure that the end of the tip arrives at the proper location. The end of the tip has even been specially designed with round edges to eliminate as much ledging as possible. 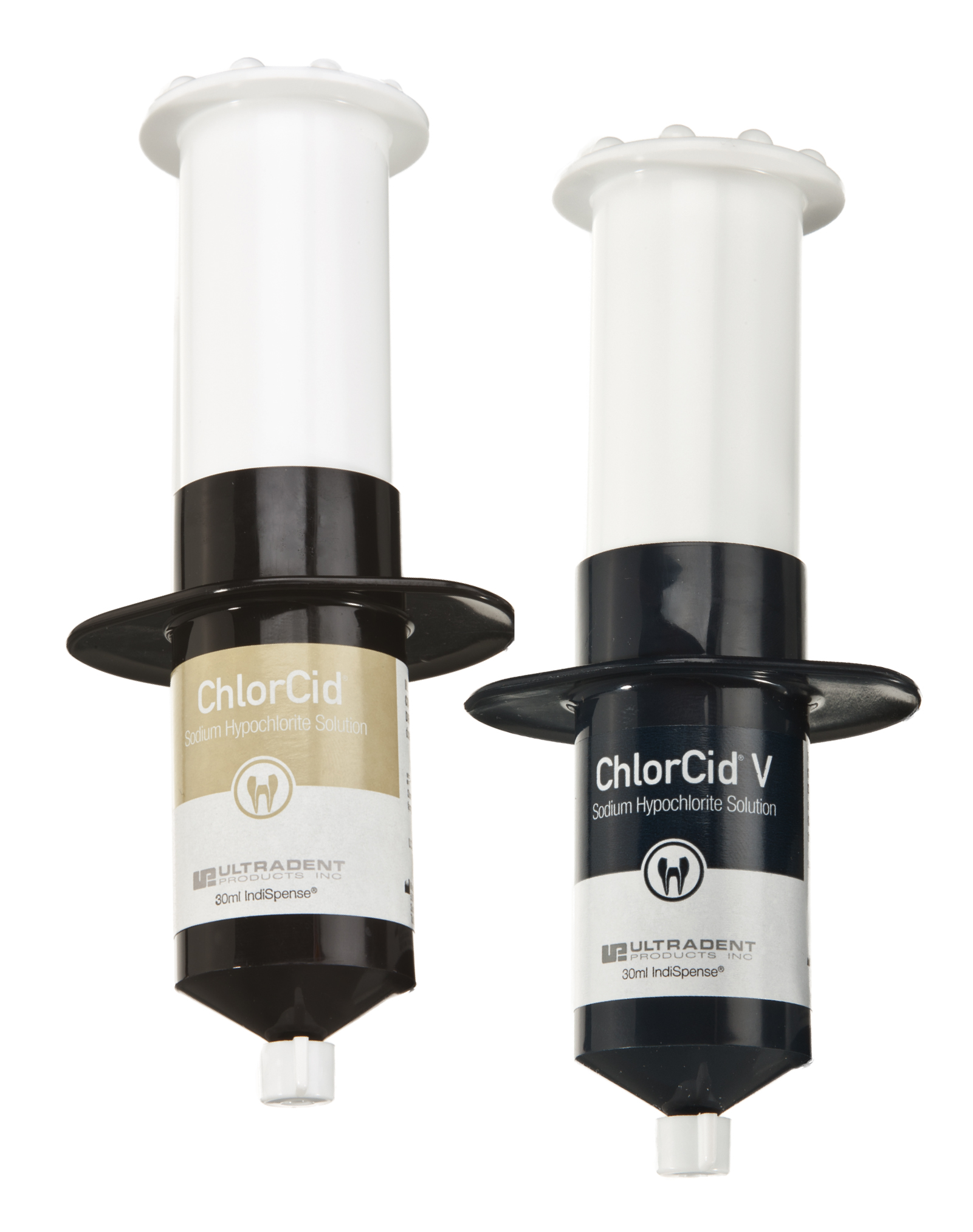 ChlorCid Surf solution combines the benefits of 3% sodium hypochlorite with the added cleansing power of surfactant to break the surface tension and allow for better sodium hypochlorite penetration into difficult-to-reach places like isthmuses and lateral canals, as well as better wall contact, thanks to its unique formulation.

While ChlorCid solution is used to disinfect and eliminate any residual soft tissue, the use of EDTA solution is the essential chelation step to remove the smear layer and remaining debris. Any time instruments are used in a canal, necrotic debris is left behind. EDTA solution is a chelating agent that conditions both the canal walls and individual dentinal tubule walls. Often preceded by ChlorCid solution, then followed by Consepsis solution, EDTA solution can as also be used as a final irrigant prior to obturation. We recommend the following step using Consepsis solution, but it is not mandatory in the obturation procedure. Despite EDTA solution's ability to clear and remove the smear layer, it has little to no antibacterial effects. 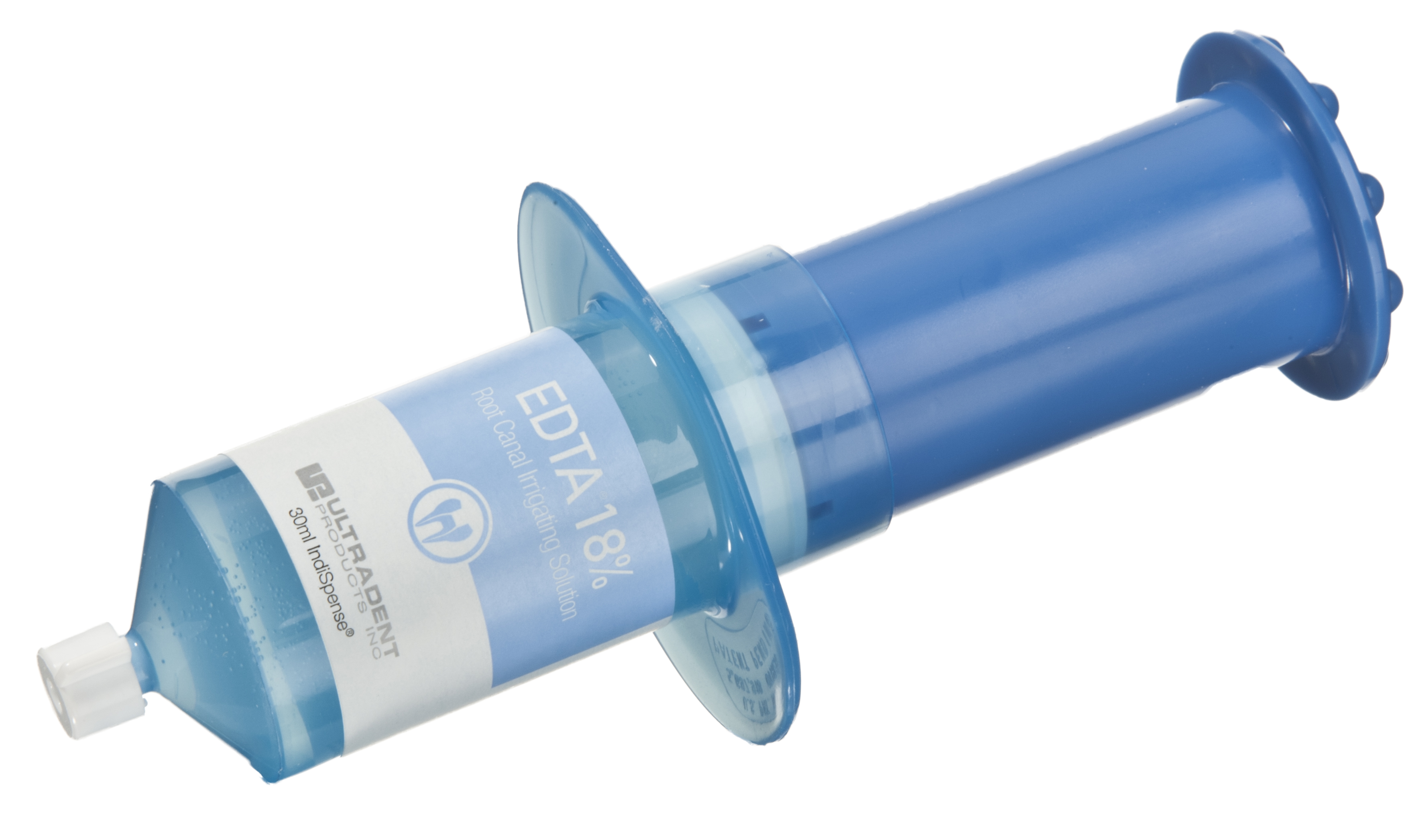 Widely known for its broad-spectrum, sustained antibacterial action, chlorhexidine gluconate, such as Ultradent's Consepsis solution, also has the added benefit of very low toxicity when used as an endodontic irrigant. The use of Consepsis solution has also been shown to reduce postoperative sensitivity. Used in the correct order, Consepsis solution makes for the ideal final irrigant just prior to obturation to further kill remaining bacteria.* 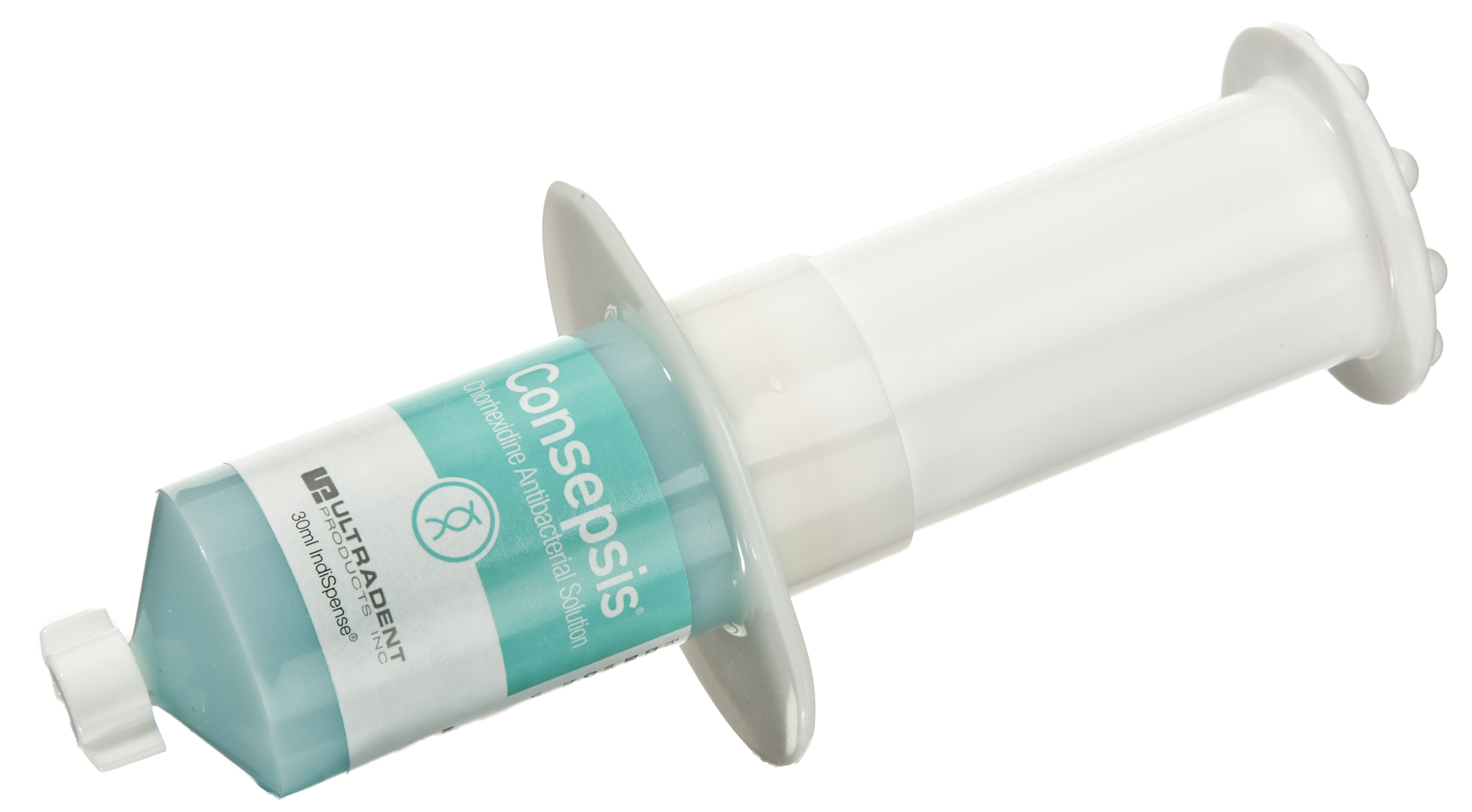 Thorough endodontic irrigation involves eliminating harmful bacteria, removing the debris and irrigants, and preventing anything from being pushed out the apex. For optimal results, we recommend starting with File-Eze to lubricate the files, then remove residual soft tissue (and provide some lubrication) with ChlorCid solution. There is not a tip on the market that is safer to deliver sodium hypochlorite directly to where it is needed in the canal than Ultradent's sideport NaviTip tip, which features a closed end and two sideport openings, which direct the flow of the product toward the sides of the canal, not toward the apex. Ultradent's 18% EDTA solution is an excellent chelating agent, and final disinfection is achieved using Consepsis solution, which has been shown to exhibit prolonged antimicrobial activity—further ensuring the future durability of the finished endodontic procedure.

*It is important to note that mixing chlorhexidine and sodium hypochlorite will result in the formation of a potentially harmful precipitate.