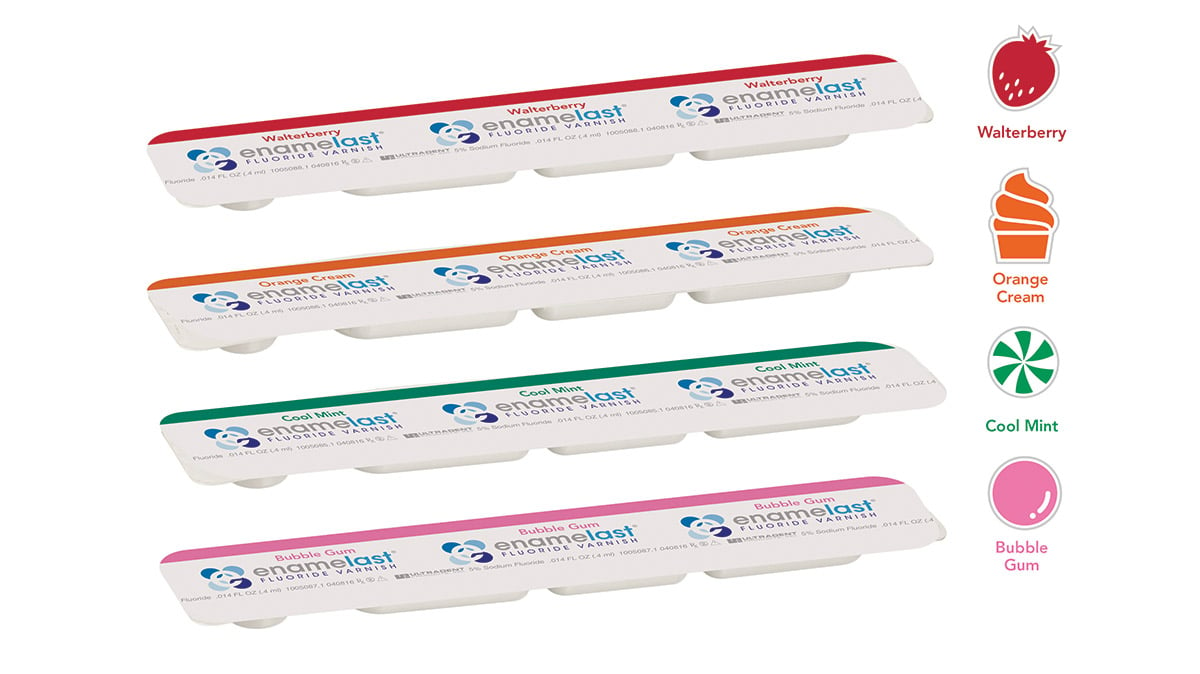 "Fluoride treatments—from how we administer them; to their effectiveness; to how they taste, look, and even feel—have come a long way," says Carol Jent, Ultradent's in-house clinical registered dental hygienist. 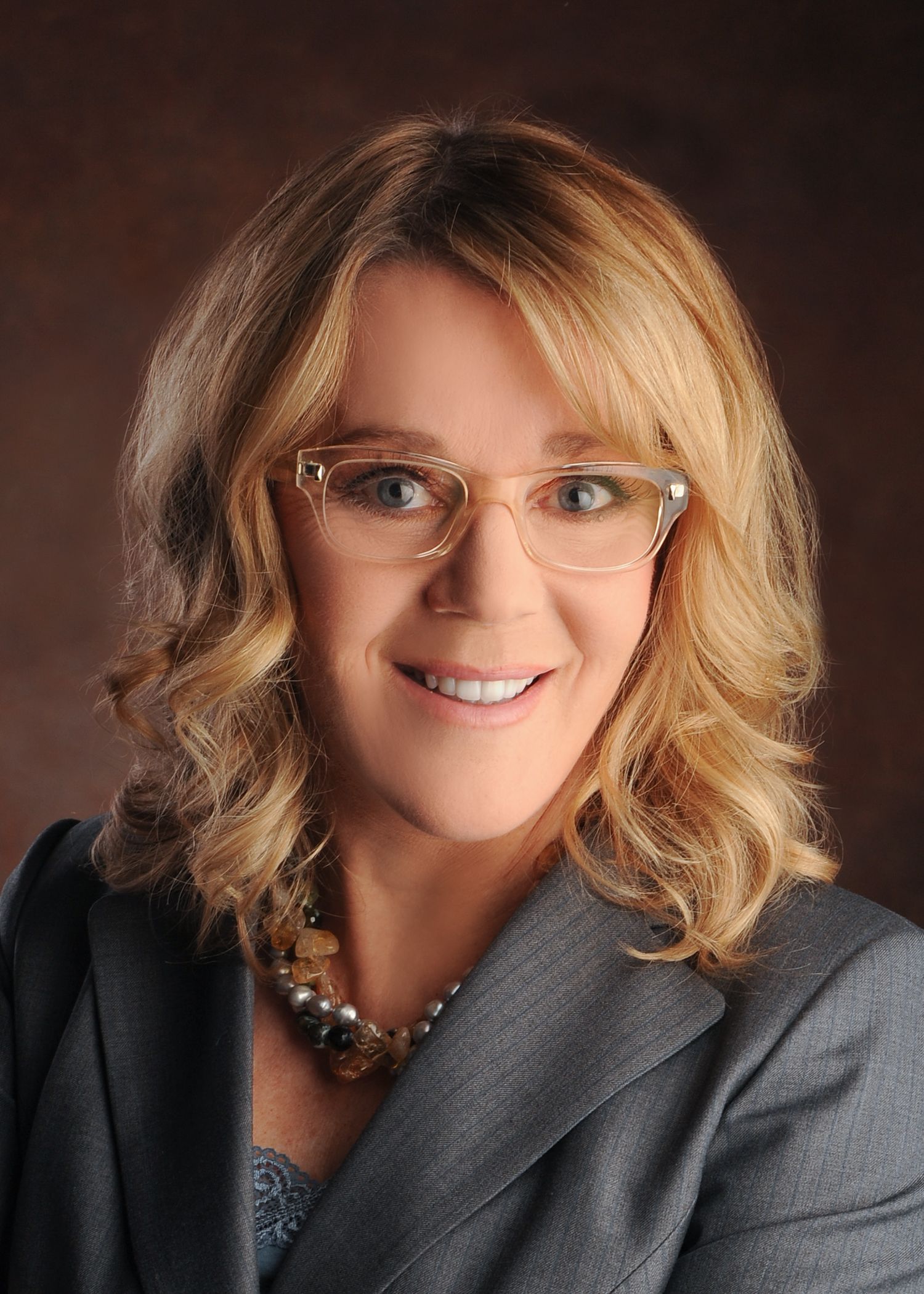 Enamelast varnish was first introduced in 2013 in Ultradent's signature Walterberry flavor. As of this summer, it's now available in Cool Mint, Orange Cream, and Bubble Gum flavors as well.

But as previously mentioned, the journey to an effective and enjoyable fluoride treatment has been one of trial and error. "We used to have to use foam trays for four minutes, and kids—and even adults—HATED that," Jent says. "So then we went down to using a one-minute foam, which was later deemed ineffective. Then we went to fluoride rinses, which offered very little fluoride uptake and they would often get swallowed by the patient, which would then upset their stomachs. A varnish solves all of those problems!"

However, the first varnishes available on the market weren't exactly a dream come true. "The first varnishes were often a yellowish color, and they felt fuzzy and clumpy on the teeth," Jent says. "I'd often apply some of those early varnishes on my patients and watch them go chip it off in the rear-view mirror of their car in the parking lot because it was so unsightly and uncomfortable. That defeated the whole goal of retention, retention, retention!"

Jent continues, "Clinically speaking, the retention of a fluoride varnish on the tooth is a really big deal. If the varnish falls off, you're not going to get good fluoride uptake numbers or fluoride release rates. You've got to get it to stay on there to blend and work with the patient's saliva. That's what gets the fluoride on the teeth that are demineralized." 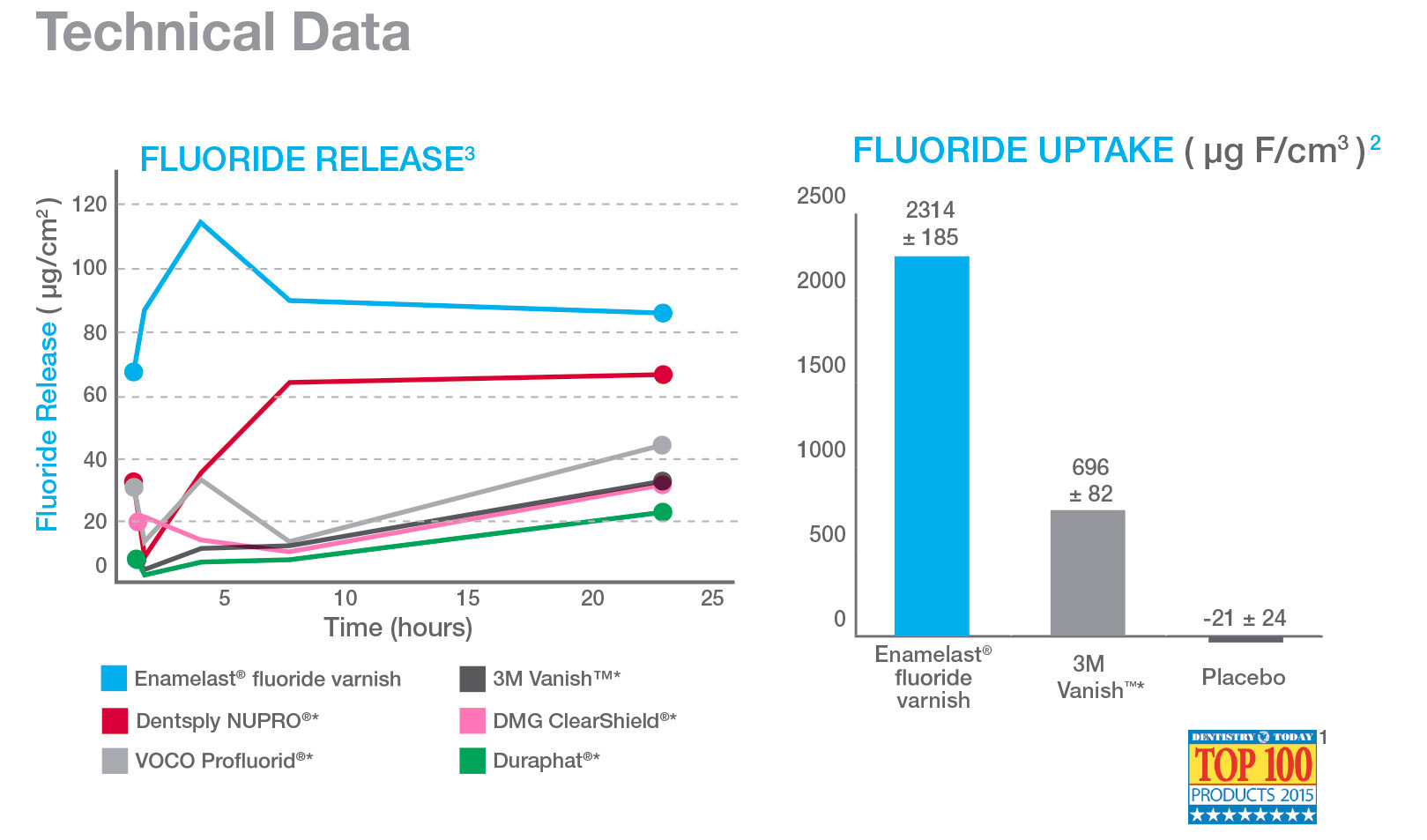 "Enamelast​ does all of the things it should do—it adheres to the teeth, tastes great, and doesn't give the appearance that the patient has something stuck on their teeth!"