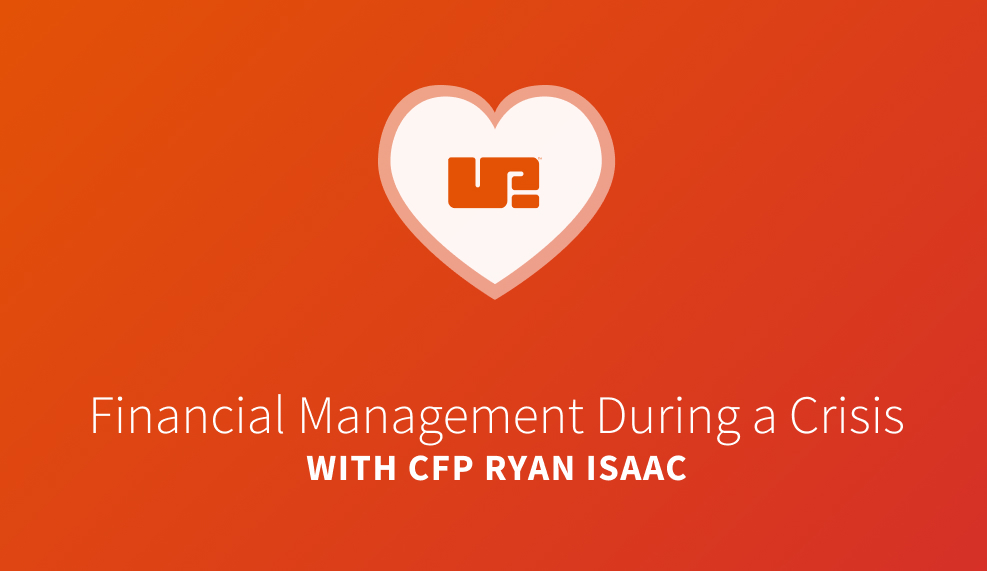 We’re seeing the real-time dominos of a modern global health crisis. Financial concerns come behind well-being while battling a pandemic, but the fiscal domino is nonetheless one of the first to fall.

While various levels of government are weighing potential economic actions in response to the coronavirus shutdown, small business owners are wondering whether they’ll be able to stay operational during—and following—this downtime.

“I don’t know of a situation where anyone would have predicted dental offices would have been closed nationwide,” says Ryan Isaac, CFP, as well as the co-founder of Dentist Advisors and co-host of the Dentist Money™ Show. “Ideally, most practices run with 1 to 2 months’ worth of expenses sitting in their practice checking [account] at any given time,” he says, quick to acknowledge that ideal isn’t always possible. “What if someone had $100 grand in their business checking [account] and they’re like ‘I’m just going to make this big tax payment right now and in another month we’ll just replenish the account’ and then they shut down, after giving their money to the IRS. Or some people are building a building, or a house, and they’ve had to deplete all of their resources. It’s a really scary situation to be in.”

Isaac says dentists he’s talking to have three main priorities right now: how they keep the business’s bills paid; how they pay their personal expenses; and how they should invest, if they have cash available.

It’s easy to start pulling money out of your investments when you’re watching the stock market plummet. Isaac cautions against this—if possible—because finding your way back into the market at the right time is particularly difficult. He says the news being reported doesn’t always match up with the financial climate and he’s quick to reference the stock market crash that began in 2008. “The very bottom was March of 2009. But the news in March of 2009 was not good news,” he says. “We still had giant question marks about banking insolvency and all this new debt our government was taking on and who was going to pay for it. The news is bad when the market starts getting good, and that’s what makes it so hard to know when to get back in. And that’s where people get burned.” 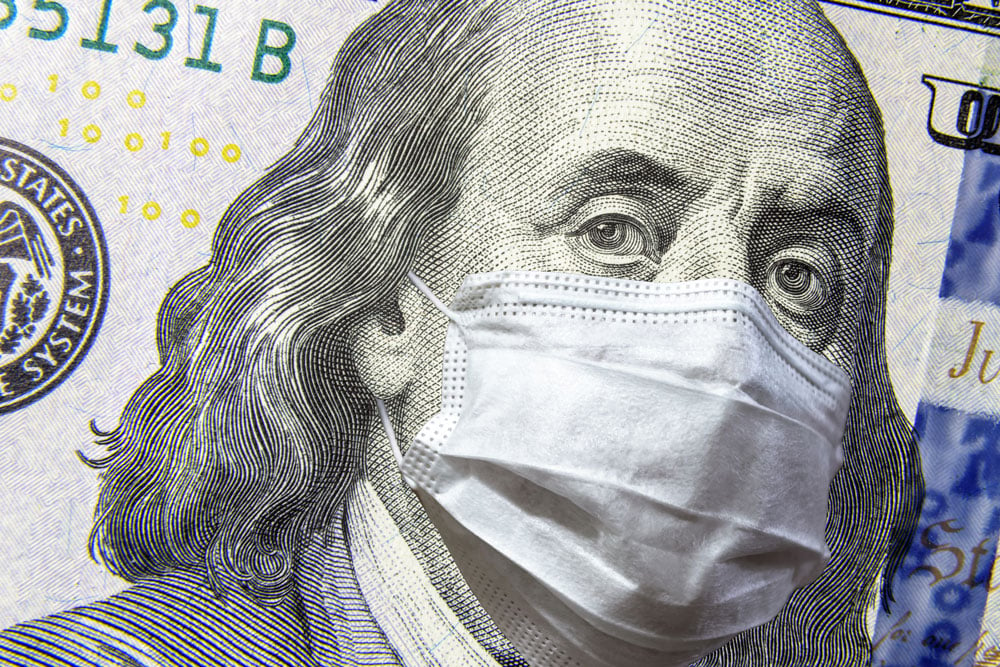 Managing investments during economic downfall is situational and uniquely subjective, and Isaac recognizes monumental differences between courses of action for people who need to liquify just to get by and those who can afford to let their money sit. “If you need cash to keep a business or family surviving, that’s a different story. But if this is 20-year money you don’t need, well, there’s so many stories in 2008 where people pulled their money out and never got back in, or they were years late,” Isaac says.

Isaac says he’s often asked if the market could “go to zero” and his simple answer is that life as we know it would be over if that were the case. “The scenario where the entire stock market goes to nothing, zero, is the scenario where every publicly traded company in the world no longer has a value in the stock market. The world is over, if that happens [ . . . ] your biggest worry will be ‘can you farm crops in your yard and barter them?’” He says the near impossibility of a true “zero” is why diversification is so vital in helping insulate your portfolio from as much risk as possible during a downturn.

Now is a pretty good time to amplify your portfolio’s diversity, if you can, because so many stocks have taken a recent hit. “If you don’t need the money, it’s a great time to invest in things that are cheap. If you were a real estate investor in 2009 and 2010 after everything got slammed, you were excited to buy houses. This is the same thing,” Isaac says. “Stocks have to be the only thing that when they get cheap, people don’t want to buy them, and when they get really expensive everyone wants to be a part of it. Nothing else in the world operates like that.”

Bonds provide some stability in uncertain times and with interest rates currently near zero, Isaac recommends investigating this avenue as a possibility. “Bonds will be the padding when stocks are going crazy,” he says.

Following the wave of initial economic downturn we’re riding right now, there’s another, possibly more catastrophic, wave coming once the health crisis part of the coronavirus pandemic is effectively behind us. “There’s people who are now going to get put behind maybe years financially because of being out of work for a few weeks,” Isaac says. People may have to make changes to their health coverage plans and could be left without dental insurance. 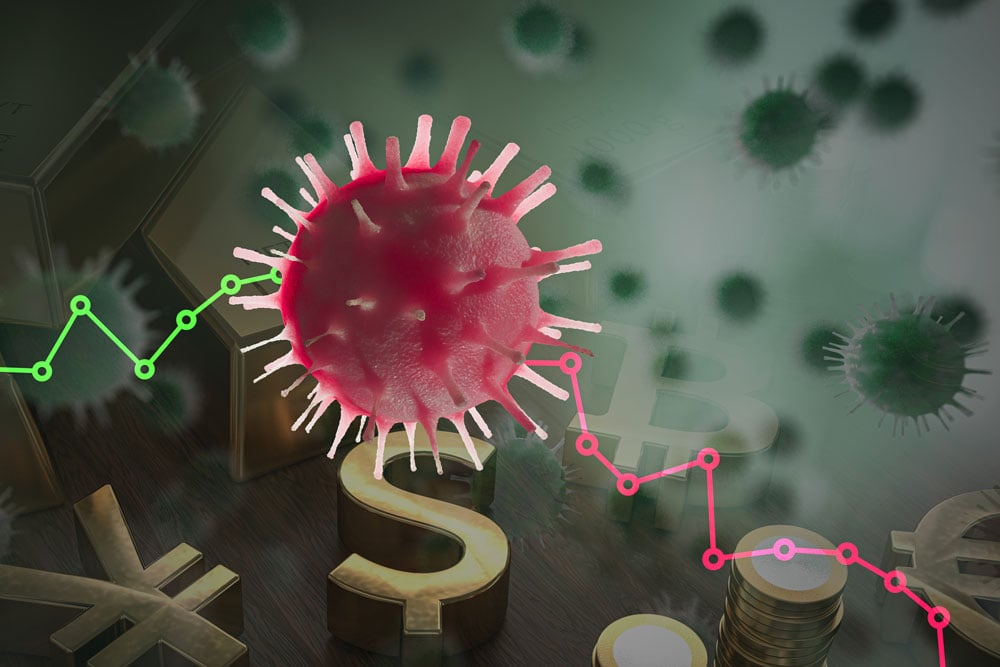 It might be some time before dental practices return to their pre-coronavirus financial productivity, with patients more financially conscious, looking to stretch their dollar and avoiding luxury procedures. This means dentists may be needing to find cash they don’t have long after coronavirus worries subside—and dentists may need to look for loans to bridge the gap.

Accruing additional debt is a stressful prospect… but sometimes, you just need money. “I think it’s smart to get liquidity and cash on hand any way you can. If you can get a line of credit that’ll stay open and give you some kind of cushion, I mean, loans are cheap, interest rates are low and I would totally do it,” says Isaac.

There will also be an immediate need for cash once practices can once again open doors to patients. “Even when we come out of this, even if everyone opens up in two weeks, we all took a hit. We have to rebuild things and you have to ramp up marketing and scheduling,” Isaac notes. He also recommends looking into refinancing debt, like mortgages.

Steady as She Goes

Talking to a fiduciary should be your first move before making any major changes to your portfolio. “You can’t get skinny without some hard work. It’s the same concept,” Isaac chuckles. Having a diversified portfolio, riding out the downturn without pulling a rash amount of money out of the market, and if need-be, exploring lending and refinancing opportunities will help keep your practice stable during the uncertain economic times.