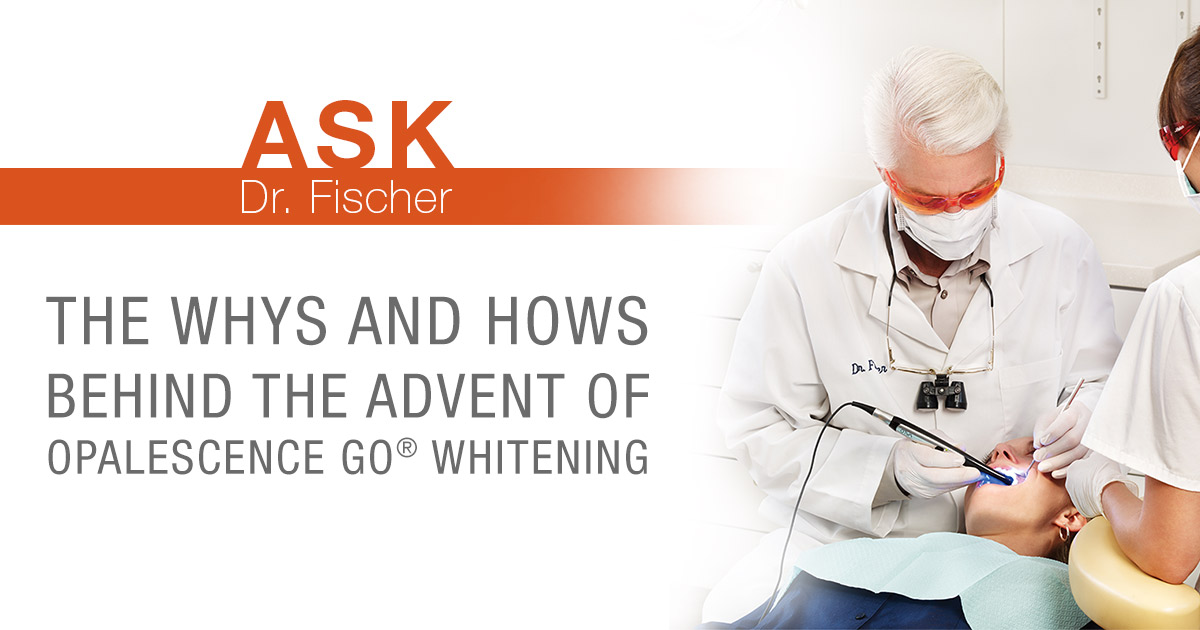 Ask Dr. Fischer: The Whys and Hows Behind Opalescence Whitening

After having become the leader in tooth whitening with Opalescence® PF and the custom tray system, what was the “why” behind creating Opalescence Go®?​​ 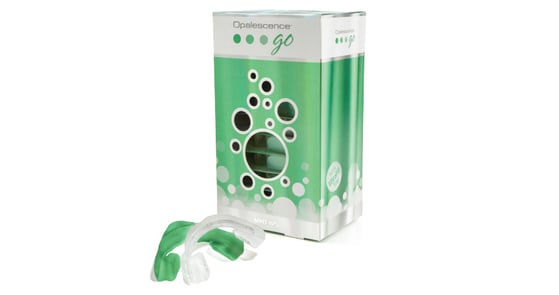 Well, we were continually looking at the whitening marketplace and listening to the needs and feedback from our customers. When the over-the-counter whitening strip products came onto the market, which was very well received, we saw that there was a great need for disposability—that the customer placed great value on not having to get custom trays made, not having to load the tray, and not having to clean their trays afterward. That was a very big deal.

However, with the strips, we also saw that they only whitened the front teeth and were difficult for people to get them to stay in place or wear for even a short amount of time comfortably. That’s when we set out to create a disposable, prefilled whitening tray that would offer whitening coverage to all of the teeth on the upper and lower arches with increased comfort and adaptability for the patient. 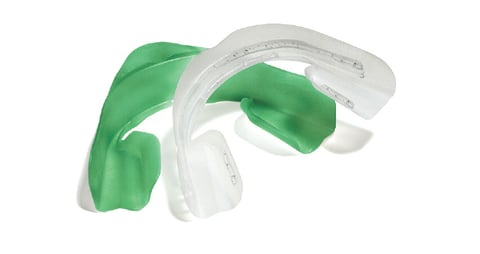 
It was a long endeavor with several incarnations, but we knew we got it right when we introduced Opalescence Go whitening with the UltraFit™ tray to our customers. It provides a fabulous level of comfort and it’s a great, convenient way to whiten. In fact, after my wife, Leenie, used Opalescence Go whitening​, said she’d never use her custom trays again! She was never going back!

In a broader sense, we’re celebrating Opalescence® whitening’s 27th birthday this month. When you first brought Opalescence to market, did you ever imagine that it would go on to become the leader in tooth whitening in the world—even to the point that people nicknamed Ultradent “The Whitening Company”? 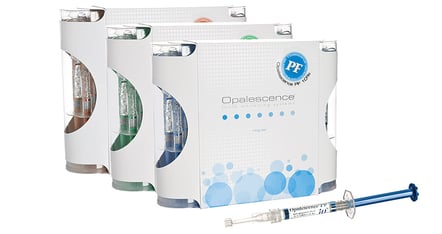 I never could have envisioned what it became, but I did realize this: when my daughter, who is now Dr. Jessop, was 15-years-old, she had been asking and asking for me to create something to whiten her teeth​. She was self-conscious because of the color of her teeth. So, when I created the sticky viscous Opalescence​ gel, I broughtt home to her, and after making her a custom tray to later find out scalloping was neccessary, I had her sleep with the gel on one half of her upper arch and a competitor product on the other arch. When she woke up in the morning and took it out, it was one of those “wow” moments to see the difference from one side to the other. The gel hadn’t migrated to her gums or down her throat. It had stayed put on her teeth on the Opalescence side, and she had gone from an A3 to an A1 on the Opalescence side where she had the gel overnight! From that moment on, we knew it was going to be a hit. 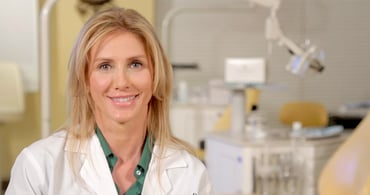 Could I envision what it would become and that it would help grow Ultradent to what we have become? No. Could I envision the battles that we would have fight to protect the patent on our sticky viscous whitening gel? No, but we did. The advent of the Opalescence sticky viscous gel was quite the departure from what was on the market at the time. Most other whitening systems were too runny, or came with trays that were thick and uncomfortable and that lapped onto the gum tissue. We went the opposite way. We stayed completely off the gums with our thin, soft scalloped tray, and used that sticky viscous composition to keep the whitening gel from running down the throat or up onto the gums.

I’ll never forget our first showing of Opalescence whitening at the American Academy of Cosmetic Dentistry tradeshow in Newport Beach, California in 1990. The academy had set up a whitening presentation where four presenters from different companies could get up and present their whitening systems to the membership of the academy. Each were showing their bottle deliveries and tight-fitting trays, and when it came time for me to show our sticky viscous Opalescence gel that came in a syringe, I tacked one end of the gel to my index finger on my left hand and strung the gel out to my right finger, and to them it was like, “Woah, this is something different.” Within a year and a half or two years it had become the leader in tooth whitening.


Yes, it was a lot of hard work to get it out there, as we didn’t have the large marketing and advertising funds at the time to promote it, but we created a sample of the gel (six syringes) and a kit to make a soft scalloped custom tray and sent them to virtually every dentist in America, along with a coupon card to buy more Opalescence, and we received those sample cards back for up 15 years after that. We always honored them. It was truly a grassroots marketing effort, just like our company started. There was a lot of fun that occurred in that era.

After that, several prominent dentists took to lecturing on it, including Dr. Gordon Christensen​, and it just grew and grew from there. It was the product that ultimately created the tipping point for Ultradent to consolidate all our locations into one corporate headquarters here in South Jordan, and it has played a huge part of the success of Ultradent today.
​ Learn more about Opalescence »​​
Read more: ​See the complete From the D​esk of Dr. Fischer Series!​​​