Practical Jokes, Dancing, and the Value of Personal Relationships with Chuck Anger and Mark Brinkerhoff

In celebration of Ultradent’s 40th Anniversary this year, we’ve been sharing stories from Ultradent's employees about meaningful moments, sentimental memories, exhilarating milestones, and turning points in their careers that have come as a result of their time at Ultradent. For this edition of “40 Years of Stories,” we thought we’d chat with a couple of Ultradent’s vice presidents about their experiences at Ultradent, their thoughts on leadership, and their memories with Ultradent’s founder and CEO, Dr. Dan Fischer, throughout the years. 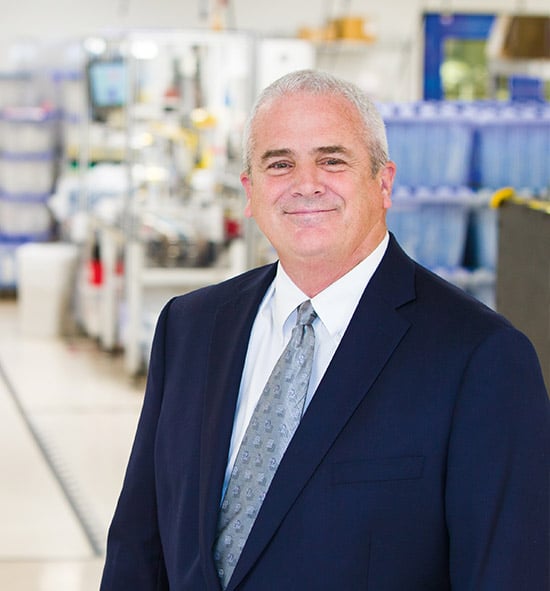 Even though I’ve only been at Ultradent for three years, I knew it was special from my very first interview.


In fact, I met Dr. Fischer for the first time in my interview with Ultradent and the kindness and openness he exhibited was outstanding. Here I was, a complete stranger to him, and before I knew it, we were swapping life stories and bonding over the many commonalities we shared. I knew Ultradent was a place I definitely wanted to work when I learned of Dr. Fischer’s passion for family, employee appreciation, and his enthusiasm for work and for life in general. In my 45-year career, that was something I’d never found anywhere else at any other company!


My favorite thing about my job is the interaction I have on a daily basis with our teams. Coaching, supporting them, and then watching them master their challenges and grow is extremely fulfilling to me. That, along with making a difference in the lives of our customers with our incredible products, is why I get out of bed and come to work every day.


I work with our manufacturing teams and walk the production floor daily. I love how happy our manufacturing employees are, but early on I noticed that on a rare occasion one or more of our team members would seem down. I love making people smile, so the first time I noticed this I just broke out dancing on the manufacturing floor. All of a sudden several of the operators quickly joined in and were smiling and laughing in no time! Now dancing on the production floor has become my trademark and is sort of a tradition. It’s helped me bond with my large teams and helped them know that I’m a friend—someone who values their voices, opinions, talents, and feedback.

When I first came to work at Ultradent in 2000, I learned the true meaning of knowing your job inside and out—and I learned that from the top. Dr. Fischer personally walked me around Ultradent, and I remember feeling awestruck as he literally speed walked around the building, saying hello to everyone by name, flying up and down stairs, and explaining to me how every single machine in manufacturing operated while asking the operator how they were doing and following up on individual details of all of their lives. He never passed a single person without greeting them, and his deep knowledge of every aspect of the business impressed me so much!


Since then, I’ve made it a point to master what I do and each time I confront a challenge, to learn and become an expert at it. I’ve also tried to follow Dr. Fischer’s example in interacting with employees and customers on a personal level. I love that aspect of my job the very most.


In fact, the relationships I’ve developed with my coworkers at Ultradent have formed some of the best stories and memories over the years. I’ve become such good friends with so many of my colleagues here. While we take our jobs very seriously, we also make it a point to have a lot of fun. It’s gone as far as me, as a practical joke, putting David Atherley’s truck “up for sale” in the Ultradent parking lot. We got a really good laugh out of that!


Another great example of the personal effort Dr. Fischer puts in to make employees and customers feel welcome is how many times he’s opened up his home for employees, distributors, and customers. Many of the meetings have gotten too big over the years, so he’s had to move it to a tent or to his yard, but for years, he would invite up to 200 people into his home and they would move all the furniture out of the living room and bedrooms and everyone would mingle and socialize throughout the rooms in the house. It would get loud and crowded, but those dinners account for some of the most meaningful and memorable customer interactions I’ve had.


Lastly, I love that Ultradent is a private, family-owned company. As the vice president of finance, this has made such a difference in my day-to-day career because we’re able to focus on the company’s long-term financial success instead of exclusively trying to appeal to the financial market with every whim. It’s made my career very fulfilling and I believe it’s a huge part of why Ultradent is so successful today!